Under the watchful eye of parent company Foxconn, Sharp is shouldering its way back into the PC market.
Written by Charlie Osborne, Contributing Writer on June 5, 2018 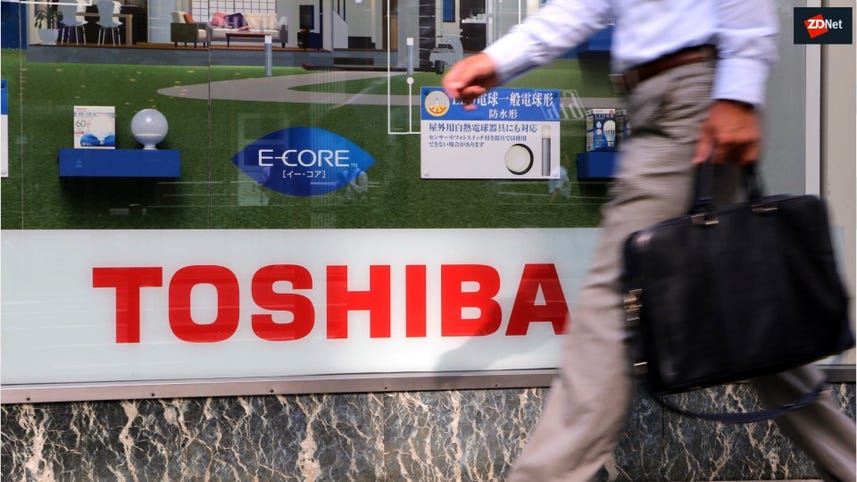 Toshiba has agreed to sell its personal PC business to Sharp in a move which could see Sharp return to the PC market.

The deal, worth four billion yen (roughly $36 million), also includes the issuance of $1.8 billion in new shares by Sharp to buy back stock from banks.

Under the control of Foxconn, which acquired Sharp in 2016 for approximately $3.5 billion, the Osaka, Japan-based firm now appears to be diving towards a return to the PC business.

The acquisition, which involves the transfer of 80.1 percent of outstanding shares from Toshiba to Sharp, could not only allow Sharp access once more to the PC market but under the umbrella of Foxconn, the company could also be able to manufacture devices more cheaply.

Sharp was a strong player in the personal computer industry, spanning back to the 1970's and systems which relied on KB-based CPUs and MS-DOS. However, the company closed down its PC operations in 2010.

According to a statement (.PDF) revealing the purchase, the PC business was first transferred to Toshiba Client Solutions (TCS) in 2016 as part of Toshiba's structural reform.

"TCS subsequently implemented a series of measures to stabilize the business, including shifting its focus to B2B business, reviewing personnel and operating sites, and ending ODM procurement, while also investigating strategic options with third parties," the tech giant says. "Toshiba has determined that the best way to strengthen TCS, increase its corporate value, and also to secure global competitiveness and continued development of the business, is to select Sharp as its partner."

Once the buyout is complete, Toshiba intends to continue to provide brand licensing for PC products.

The deal is expected to close on 1 October 2018, subject to regulatory approval. The company expects to report a loss on the sale of roughly 1.7 billion yen in upcoming consolidated FY 2018 financial results.

Toshiba has made difficult decisions in order to stay in business over the past few years. The trouble started with the acquisition of Westinghouse Electric, the company's US nuclear division which ended in failure.

The unit's projects collapsed and Westinghouse was forced to file for bankruptcy protection. Toshiba was left with a $6.3 billion write down, thereby forcing the company to shave away weak parts of its business -- such as the PC business -- as well as sell off Toshiba Memory, one of the company's most valuable assets.

Bain Capital led a consortium of investors including Apple, Seagate, and Dell to acquire the unit for $18 billion. The deal, completed last week, allowed Toshiba to repurchase 40 percent of the memory business.