The acquisition was worth roughly $18 billion.
Written by Charlie Osborne, Contributing Writer on June 1, 2018 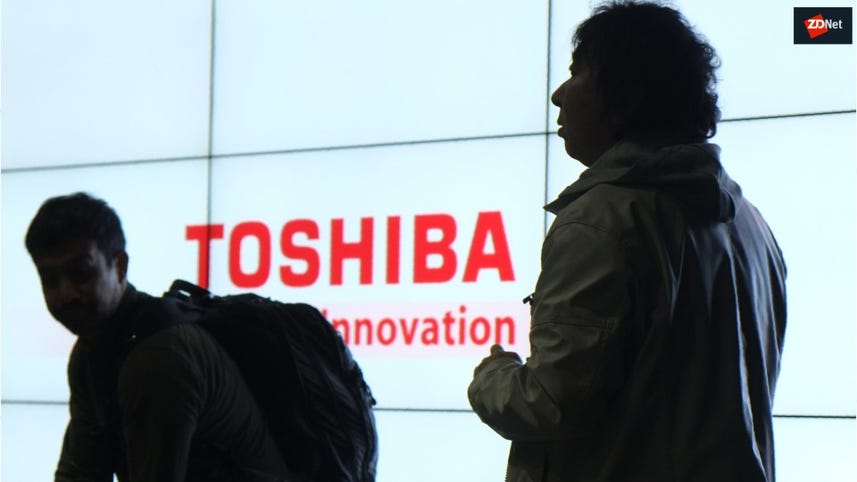 Toshiba has announced the completion of the sale of its memory chip business to US private equity firm Bain Capital.

On Friday, the Tokyo, Japan-based firm said in a statement (.PDF) that the sale, worth two trillion, three hundred million yen (roughly $18 billion) has now been completed, despite delays caused by Chinese antitrust authorities.

Chinese regulators approved the deal in May.

The chip business, once one of Toshiba's most lucrative units, now belongs to an investment group led by Bain Capital. The consortium includes Apple, SK Hynix, Dell, and Seagate Technology.

Toshiba's shares have now been transferred to K.K. Pangea, a purpose-built company controlled by the consortium and under Bain Capital's umbrella.

Under the terms of the deal, Toshiba has been able to repurchase 40.2 percent of common stock, which gives the tech giant voting rights in Pangea.

The unit is no longer under Toshiba's majority rule, however, Toshiba says the new company is "expected" to become an affiliate in the future.

"Toshiba has granted each of Innovation Network Corporation of Japan and Development Bank of Japan, both of which have expressed interest in investing in Pangea, instruction rights for 16.7 percent of its voting rights," the company added.

Due to the sale, prompted by the chaos caused by the acquisition and failure of US nuclear division Westinghouse which caused a $6.3 billion write-down, Toshiba expects to report a healthy balance book.

According to the firm, Toshiba will record a profit from the sale of roughly 970 billion yen before tax in FY 2018's overall results. The company added that non-consolidated results are still being analyzed and may result in a cash boost of up to 1.2 trillion yen.

Toshiba is also considering an early shareholder returns program in light of the completed sale.