Touch ID eased smoothly into the iPhone user interface and worked like magic when it debuted. Now that Apple is moving away from fingerprint reading, fingerprint sensors are searching for a new home on the phone.
Written by Ross Rubin, Contributing Writer on Dec. 18, 2017 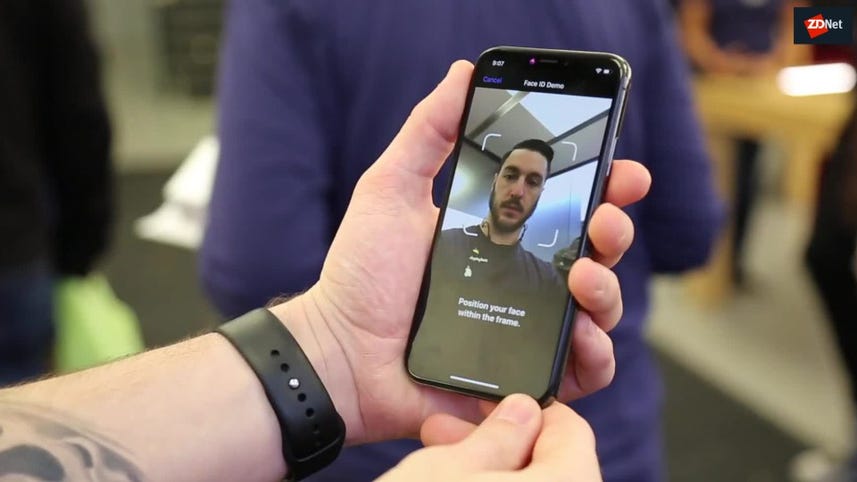 Five years ago, Apple bought an obscure components company called AuthenTec for more than $350 million, one of the largest purchases in its history. The acquisition enabled the launch of Touch ID, a rapid fingerprint recognition technology that would become a hallmark of iPhones. Apple's current-generation iPhone 8 series uses Touch ID, but Apple has pointed to the iPhone X as its phone of the future, a future that would not include fingerprint recognition.

Apple has a long history of being among the first to eliminate popular technologies from its products only to see the industry follow suit. Most of these have occurred in the PC market and have included many components that have faded or vanished from the mainstream -- legacy serial ports, floppy and optical drives, and modems. The iPhone was, of course, a much more tightly integrated product from its beginning so there have been fewer things to drop from it.

Indeed, as Touch ID and the iPhone's home button grew up together, the removal of both has been responsible for several user interface oddities that the iPhone X has had to implement, including the pressing of multiple side buttons for taking screenshots and shutting down and the double-press needed to proceed with Face ID for transactions such as buying an app from the App Store. On the other hand, as I was early to note, Face ID works well, is more secure, and is consistent with the Apple minimalist ethos (particularly for a "full-display" phone).

But now that Apple has lopped off the lower bezel of the iPhone, will it repeat history and be a harbinger? Some of Apple's competitors have long put the sensor on the back of the phone as a point of design differentiation or a belief in the superiority of that placement. But Apple has been far from the only one to struggle with the position of the fingerprint sensor as bezels have continued to recede. Its main rival, Samsung, relocated its fingerprint reader to the back of the device after years of it being below the screen. While the company touts a commitment to supporting multiple forms of biometric authentication -- and has been a pioneer in implementing iris scanning -- its off-center implementation of the fingerprint reader has proven less than ideal.

Another option is moving the fingerprint reader to the side of the device. Sony has done this in a few models of its Xperia line as has Huawei in the Honor 7i. But this doesn't seem like a good long-term option for a few reasons, including a persistent industry drive to make smartphones thinner.

What's clear is that, much as was the case for Touch ID-style fingerprint recognition, Apple will not have reliable face recognition scanning as an exclusive for long. Indeed, the same week that Apple unveiled Face ID, a startup was showing off similar technology at the Mobile World Congress Americas show 50 miles north of Cupertino. And just last week, Qualcomm showed off support for Face ID-like technologies as a key feature of its forthcoming Snapdragon 845 silicon, a chip that Xiaomi committed to using in a future smartphone.

One long-discussed option for preserving Touch ID-style fingerprint reading without having to add more real estate for it has been to embed the sensor behind the screen. Using the brand Clear ID, touchpad component supplier Synaptics showed off such technology last week along with the news that a major smartphone company would be a customer. This would seem to be a best-of-all-worlds solution. While it would remove a tactile clue that has been helpful for locating the sensor, haptics might provide a workaround. The iPhone X has proven the concept of button-free 3D facial authentication, but it has also opened the door for refinements around button-aided use cases.

https://www.zdnet.com/article/face-id-is-so-good-you-wont-miss-the-home-button/The removal of the iPhone's Home button has required some tradeoffs, but the superior usability of Face ID sets a new standard for secure access.

How iPhone X melds the best of Apple's past and present

https://www.zdnet.com/article/how-iphone-x-melds-the-best-of-apples-past-and-present/The iPhone X may represent the future for Apple, but for now it embodies the company's traditions and evolved stance toward standards.