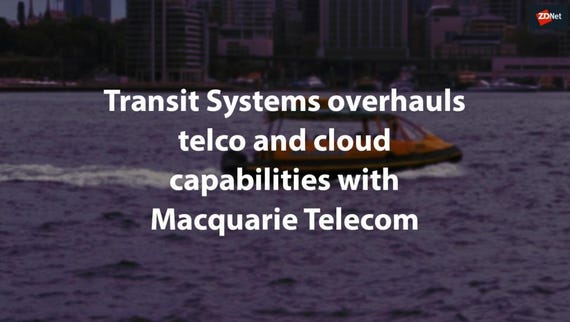 As part of the overhaul, Transit Systems has deployed Macquarie Telecom's mobile SIM cards to all staff, enabling the company to monitor data such as driver performance, acceleration, ticketing information, engine diagnostics, traffic congestion, and passenger loading in real time.

"The importance of that requirement has not diminished but now we need so much more.

"Our previous environment was incapable of powering the AI capabilities we needed to stay competitive, which inspired the Macquarie overhaul. This started with mobiles and then the consolidation of our two legacy data centres into one."

In addition, Transit Systems has deployed Macquarie Telecom's SD-WAN services to all of its 37 bus depots to manage the speed and uptime of each site's network when drivers and depots share data.

"The nature of transport operations is changing and we're building these capabilities further to meet the new demands of the industry," said Read-Zorn.

"The ability to evolve these capabilities and add new digital services to meet consumer and tourist demand will be a major consideration for the future operation of transport routes."

Prior to the announcement, Macquarie was already working with Microsoft to provide Azure managed services to a number of customers and said the latest arrangement expands its cloud offering, enabling it to bring public cloud into its managed hybrid IT services.

Macquarie Telecom keeps chugging away on revenue and EBITDA growth

Racks up five and a half years of growth, as hosting continues to carry declining telecom business.

Government-owned broadband wholesaler to behave more like a wholesaler again.

The initial three-year contract will help secure the connection between the ATO's IT environments and the internet.

The company wanted to take back control of its technology environment from a high reliance on third-party providers.