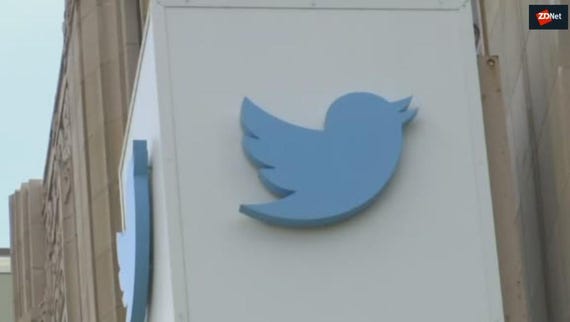 The social network said tweets from these accounts were trying to undermine the legitimacy and political positions of Hong Kong protesters.

"Based on our intensive investigations, we have reliable evidence to support that this is a coordinated state-backed operation," Twitter said.

Twitter said it detected these accounts because they were accessing its service via IP addresses originating in mainland China.

This was an oddity because Twitter is blocked in China by a country-wide firewall known as the Great Firewall, and normal Chinese users would need to use a VPN to bypass this block.

The fact that Chinese users were accessing Twitter from Chinese-based addresses meant these accounts had been specifically allowed by the state.

"Covert, manipulative behaviors have no place on our service - they violate the fundamental principles on which our company is built," Twitter said in a blog post where it also released downloadable archives with information on all the banned accounts and their associated tweets.

Twitter also said that the 936 accounts it banned today were part of a larger network of over 200,000 profiles that had previously engaged in spam and other coordinated activity, and which Twitter had been banning as the network was being created and expanding.

In addition, Twitter also reacted to another political influence campaign orchestrated by the Chinese government.

These promoted tweets, just like the tweets from the 936 accounts it banned today, tried to portray Hong Kong protesters as being violent, in an attempt to justify a more aggressive reaction from Chinese government in the near future.

As a result of this revelation, Twitter announced today it would stop accepting ads from state-run media organizations.

Updated on August 19, 5:00pm ET, with information about the Facebook bans.

Join Discussion for: Twitter bans 936 accounts managed by the...