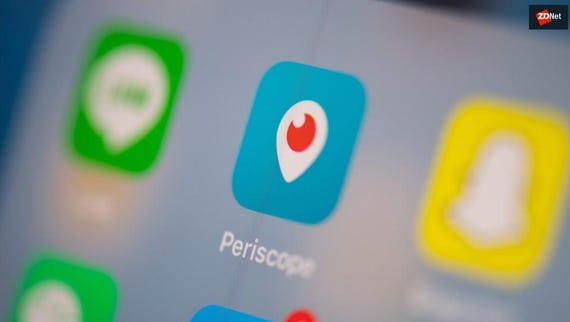 Periscope to be cancelled in March
Watch Now

Twitter has announced it will wrap up Periscope in March 2021, citing the cost of keeping the service running with a dwindling number of users.

"The truth is that the Periscope app is in an unsustainable maintenance-mode state, and has been for a while," the company said in a blog post.

"Over the past couple of years, we've seen declining usage and know that the cost to support the app will only continue to go up over time. Leaving it in its current state isn't doing right by the current and former Periscope community or by Twitter."

The process for closing down Periscope has already begun. Users are unable to make a new account or purchase coins to tip broadcasters. This will be followed by the app being pulled from app stores by March 2021. Users will be able to download videos created in the service until the March deadline, with broadcasters able to cash out their tips until the end of April.

"The capabilities and ethos of the Periscope team and infrastructure already permeate Twitter, and we're confident that live video still has the potential of seeing an even wider audience within the Twitter product," it said.

"It was a genuine honour to pour our heart and soul into building something that other people loved enough to use and build their own communities around. Thank you so much."

Meanwhile, Amazon Web Services (AWS) announced that Twitter has signed a multi-year deal to use its services to power Twitter timelines.

"This expansion onto AWS marks the first time that Twitter is leveraging the public cloud to scale their real-time service," AWS said.

"Twitter will rely on the breadth and depth of AWS, including capabilities in compute, containers, storage, and security, to reliably deliver the real-time service with the lowest latency, while continuing to develop and deploy new features to improve how people use Twitter."

AWS said Twitter would begin using Graviton2 instances on EC2 while also continuing to use CloudFront and DynamoDB services, which are currently used by the social media giant for serving up media and advertising content.

See more: AWS Graviton2: What it means for Arm in the data centre, cloud, enterprise, AWS

"The collaboration with AWS will improve performance for people who use Twitter by enabling us to serve tweets from data centres closer to our customers at the same time as we leverage the Arm-based architecture of AWS Graviton2 instances," Twitter CTO Parag Agrawal said.

"In addition to helping us scale our infrastructure, this work with AWS enables us to ship features faster as we apply AWS's diverse and growing portfolio of services."

Elsewhere in social media, TikTok said it has refreshed its community guidelines to clamp down on bullying and harassment, as well as changed the language it uses for areas such as self-harm and eating disorders.

"Our guidelines are now more explicit about the types of content and behaviours that aren't welcome on TikTok, including doxxing, cyberstalking, and a more extensive policy against sexual harassment," TikTok head of trust and safety Cormac Keenan said.

The company said it added a harmful activities section to clarify that content promoting "dangerous dares, games, and other acts that may jeopardise the safety of youth" is banned on the service.

TikTok added it would be releasing resources to help people who are struggling in the coming week.

"Now, if someone searches for terms like 'selfharm' or 'hatemyself' they'll see evidence-based actions they can take," Keenan said.

"In Australia, access to Lifeline and Kids Helpline is available for those looking for emotional support."

For videos deemed graphic or distressing, the social network said it would only be introducing a sensitive content warning.

TikTok also said it will be updating in-app information related to vaccines into its COVID-19 hub, and adding a banner from December 21 to all videos that are related to coronavirus vaccines.