Full Bio
Posted in Between the Lines on February 1, 2018 | Topic: Social Media

Twitter announced it's giving developers access to the full archive of its history -- all the way back to the first tweet in 2006. Until Thursday, full access to Twitter's history was only available to enterprise API customers. 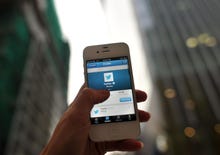 Why Twitter's double-sized tweets will be a really big deal Doubling tweets from 140 to 280 characters will change Twitter for the better for most users.

Developers with a premium developer account can access a dashboard to monitor search usage, manage billing, and invite teammates to collaborate.

Twitter in April 2017 introduced a new API platform it touted as responding to developers' requests. Twitter said the new API platform makes it easier for developers to create and scale applications, products, and businesses. Other new API features have been released since.