British police and intelligence services made 570,135 surveillance requests for "lawful interceptions" for U.K. residents in 2012, according to a government report. 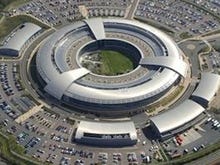 According to a report, the U.K. government allegedly bypassed international intelligence-sharing treaties by tapping into the NSA's reported PRISM network.

These lawful requests for communications data — information relating to emails and calls but not the contents — fall under the Regulation of Investigatory Powers Act (RIPA), set up in 2000, to curb how and when authorities can request sensitive data on citizens from private companies.

The report said more than half (57 percent) of data was "subscriber data," which comes directly from Internet providers and telcos. This data can be requested by a senior police officer or designated person in a non-law enforcement office, rather than a judge, and does not require a court-signed warrant.

Meanwhile, more than one-quarter (28 percent) related to traffic data, which includes mobile phone location data. This is commonly used to find missing people, including criminals on the run, though not always.

But just 5 percent of data requested fell under the service use data segment, which is information about the use of communications, such as when the suspect used broadband or phone services, and itemized records of Internet connections, text messages, and quantities of data uploaded or downloaded.

In total, the total number of lawful intercept warrants issued in 2012 of RIPA stood at 3,372.

The Interception of Communications Commissioner Sir Paul Kennedy said because public authorities make many requests for communications data during the course of investigations, the total figure "does not indicate the number of individuals or addresses targeted."

Kennedy said those figures are "not readily available," but would be "much smaller."

In total the spike in requests were attributed to the Olympics, the report said. In total, the spike to more than a half-million requests for data during the year amounted to a 16 percent increase in the number of requests government agencies made.

"The increase is also unsurprising considering the fact that the UK hosted the Olympic and Paralympic Games in 2012 and that communications data supported a number of operations undertaken to ensure the Games were safe," the report said.