There are plenty of cases available for the most popular smartphones, but my absolute favorite comes from Urban Armor Gear. The UAG Monarch in crimson is stunning and provides the style and protection I want in a case.
Written by Matthew Miller, Contributing Writer on Sept. 24, 2017 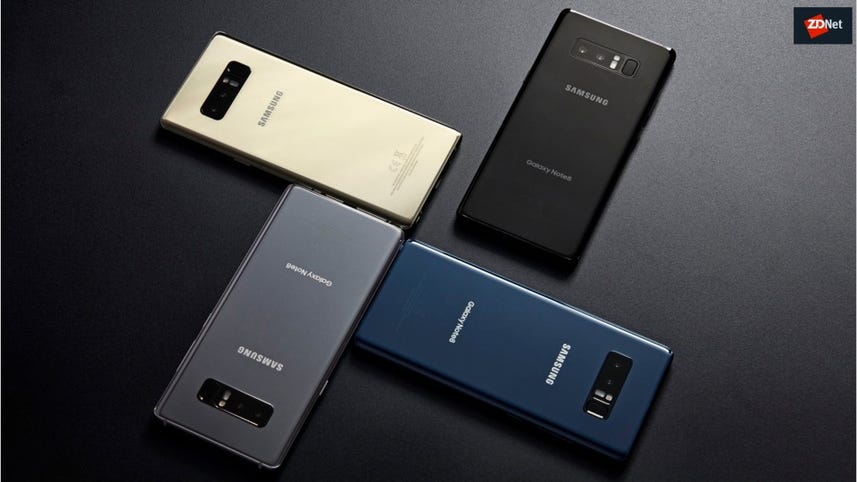 It's been more than three weeks since I started using the Samsung Galaxy Note 8, and I have already tested several different cases. While many have redeeming qualities, it wasn't until this past week that I was able to spend time with my favorite rugged cases from Urban Armor Gear.

UAG sent along the Crimson Monarch and Ice Plasma cases. They are available for $59.95 and $39.95, respectively.

The UAG Monarch series is the top end style at UAG, thanks in large party to its double military standard drop protection and integration of leather and metal hardware in the case. The side honeycomb traction grip looks great and makes it easy to hold onto your Note 8.

Up until now I have only seen and tested out black Monarch cases for other smartphones. Thus, when the Crimson Monarch arrived, I was rather stunned by the color of the case. It is truly stunning, which is perfect for a device as incredible as the Samsung Galaxy Note 8.

The power and Bixby buttons have ridges on them and great tactile feel so you can easily press them every time. The volume button is also raised and easy to activate. There are openings on the bottom for the USB Type-C port, speaker, headset jack, microphone, and S Pen silo. It is easy to remove the S Pen so no worries about the design along the bottom. One opening is up top for the microphone.

The Monarch series offers five-layers of protection wtih a tough frame piece, top grain leather, a polycarbonate shear plate, alloy metal hardware torx screws holding the layers secure, and impact resistant rubber. The case meets the 2X military drop-test standards, MIL STD 810G 516.6. It also comes with a 10-year limited warranty, which is longer than anyone ever keeps a smartphone. There is plenty of rubber material in the corners to help with drops and material inside to also protect your phone while it rests in the case.

The edges are cut down enough so that both edges of the display are fully usable, without compromise, including the edge panel. There is honeycomb patterned material on the sides, that extends around to the back, for excellent grip.

There is a large opening in the back for the dual camera, flash, and fingerprint scanner. This opening makes it easier to find and activate the fingerprint scanner, which is oddly placed next to the camera. The back of the case is fabulous with a dark red matte plastic material with embedded black leather material and corner alloy screws. The case is fully usable with wireless charging and Samsung Pay too.

The case is available now for $59.95 in crimson red and black.

The Plasma series for the Galaxy Note 8 is priced at $39.95 and is available in Ice, Ash, Cobalt, and Citron.

The Ice one I was sent is basically clear material so you can see the full color of your Note 8 through the plastic material. It is lighter than the Monarch case and has a back panel that is not as thick as the Monarch. The case meets MIL STD 810G 516.6 drop-test standards.

The Plasma series has TPU material along the top, bottom, and four corners for protection in these areas. The rest of the sides and back is hard platic material with unique shape and style. There is a large opening for the dual cameras and fingerprint scanner.

There are similar raised buttons on each side for the power, Bixby, and volume buttons. A similar design is present along the bottom of the Plasma series case.