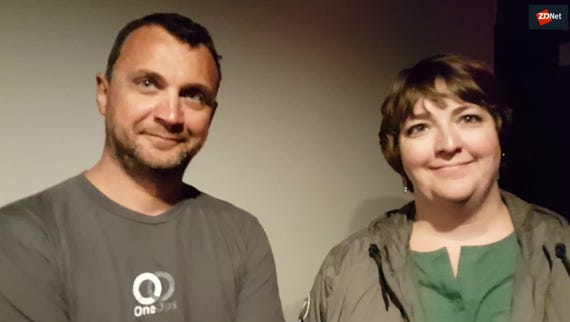 Walmart engineers: How we use OpenStack, OpenOps

At OpenStack Summit in Vancouver, Canada, the opening keynote speeches started out the way they usually do. There were demos, there were companies saying how their latest release was the best thing since sliced bread... and then, there was Canonical CEO and Ubuntu Linux founder Mark Shuttleworth. Shuttleworth came out firing at two of his major enterprise OpenStack competitors: Red Hat and VMware.

Read also: How to upgrade to Ubuntu Linux 18.04

Shuttleworth opened quietly enough, saying, "Mission is to remove all the friction from deploying OpenStack. We can deliver OpenStack deployments with two people in less two weeks anywhere in the world." So far, so typical for a keynote speech.

Then, Shuttleworth got down to brass tacks: "Not one of them engages with VMware to offer those public services. They can't afford to. Clearly, they have the cash, but they have to compete on efficiencies, and so does your private cloud."

So, Canonical is rolling rolling out a migration service to help users shift from VMware to a "fully managed" version of Canonical's Ubuntu OpenStack distribution. Customers want this, Shuttleworth said, because, "When we take out VMware we are regularly told that our fully managed OpenStack solution costs half of the equivalent VMware service."

Shuttleworth then went after his old rival Red Hat: "When we're invited to bid and present head-to-head with Red Hat, we win four out of five times, including in companies that have never had any other Linux than Red Hat in the building."

For instance, Shuttleworth continued, when it comes to Red Hat's OpenShift Container Platform, Red Hat's Kubernetes offerings, "A lot of institutions are figuring out that Ubuntu and upstream Kubernetes gives them 80 percent of what they need, while the open Kubernetes ecosystem takes care of the remaining 20 percent. And that comes in at a third of the cost of Red Hat."

Shuttleworth added Google, Microsoft, and IBM are also using Ubuntu to underpin their Kubernetes offerings, because, "If you want to build on your OpenStack service for containers, it makes sense to use exactly the same stack. It's half the cost of VMware, a third of the cost of Red Hat, and it's truly portable multi-cloud Kubernetes."

In an interview afterward, Radhesh Balakrishnan, Red Hat's OpenStack general manager, declined to take on Shuttleworth directly, but he said, "We provide a full portfolio of products from CEPH for storage, middleware, cloud management with Ansible. We have a rich portfolio of services. Customers are choosing Red Hat to help them to get to the hybrid cloud." So, "We'll continue marching on our path. We want to focus on our customers," Balakrishnan added.

Read also: The most popular Linux desktop programs are...

If you want OpenStack and Kubernetes support with vendor independence at a low price, Canonical is your company. If you prefer a partner, which offers a soup-to-nuts stack, but at a higher price, look to Red Hat. And, of course, if you're already wedded to VMware, you've made your choice. There's room for all these approaches to the 21st century cloud and containers.