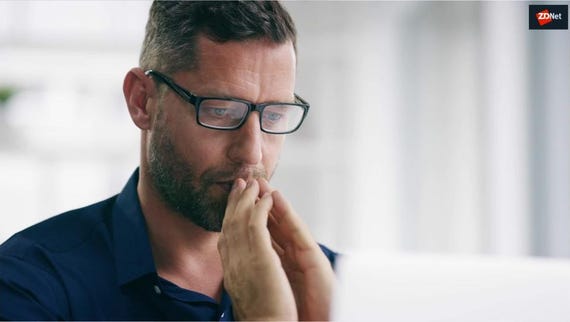 The UK's National Crime Agency (NCA) has publicly said it has nothing to do with a misleading poster designed to put fear into the hearts of parents and urge them to call the police if their children are using Kali Linux.

The poster, made public by Twitter user @G_IW, has reportedly been distributed by local authorities on behalf of the West Midlands Regional Organised Crime Unit (WMROCU).

It appears the creators of the poster are aiming to inform parents of what dubious software to look out for if they suspect their children are up to no good on the computer. While a good and reasonable intention, the disinformation on the poster, as described by @G_IW, is "staggering."

Virtual machines, the Tor Browser, Kali Linux, WiFi Pineapple, Discord, and Metasploit are all deemed terrible finds and the poster urges parents to call the cops "so we can give advice and engage them into positive diversions."

In reality, virtual machines (VMs) are a safe, perfectly legitimate way to run different operating systems and to test software without risking core computer systems. They can come in handy, for example, if software or games are designed for one operating system but are not compatible with another -- such as playing a Windows game on a macOS machine or vice versa.

The Tor Browser is open source software developed by the Tor Project designed to protect your privacy and is especially useful for those in surveillance and censorship-based states, civil rights groups, activists, and journalists.

Developed by Offensive Security, Kali Linux is a valuable OS used to learn penetration testing. The operating system is used by security professionals worldwide in white-hat security roles, as is the Metasploit tool, and WiFi Pineapple is also used for penetration testing -- but considering a price tag of a few hundred dollars, it is unlikely many kids have one of these stashed away.

The mention of Discord as a platform to "share hacking tips" is laughable, as you are more likely to come across gaming enthusiasts and meme-sharers than hacking communities.

See also: The best gifts for hackers in 2019

Naturally, the poster has drawn the ire of many in the cybersecurity industry and as both the WMROCU and NCA logos were included, the NCA has been forced to publicly distance itself from the advisory.

In response, the NCA said the agency "was not involved in the production or release of this poster."

"There are many tools which tech-savvy children use, some of which can be used for both legal & illegal purposes, so it is vital that parents & children know how these tools can be used safely," the NCA added.

The team from Kali Linux might have enjoyed the marketing, though, given their light-hearted response to the poster:

TechRepublic: Chinese cyber criminals are getting more organized and dangerous

"The poster -- produced by a third party -- was created as an aide memoire to assist teachers with safeguarding in schools. It was taken from wider information on cyber tools which could be used to commit cyberattacks, but equally have a legitimate purpose."

Make of that what you will. But it should be noted that we should be encouraging a healthy interest in cybersecurity as there are plenty of roles, both current and emerging, which require skilled, white-hat professionals, and we should not be trying to frighten parents, teachers, and children away from tools that not only protect our privacy but can also pave the way for successful future career paths.

"I think that the whole situation reminds me of the generational scares that happen with rock music, video games, and so on. Hopefully no parent would take it seriously and feel like they have to call the police on their own children if they find them using Kali or chatting with others on Discord, as that's pretty ludicrous.

These are all awesome opportunities for parents to engage with their children, find common interests, and spend time together while helping the child learn skills that will help them later in life.

If you don't understand something your child is into, instead of freaking out about it just ask the kid and learn from them. In the end, none of this entire issue has anything to do with Kali or any of the other tools called out in the poster, instead it just has to do with how to be a good engaged parent and some people's misunderstanding of what that means."

"This poster was produced to raise awareness among teachers, parents, and guardians to help them advise children how to stay safe online. The poster highlighted some of the digital tools their children might be using at home.

The software mentioned is legal and, in the vast majority of cases is used legitimately, giving great benefit to those interested in developing their digital skills. However, as with any software, it can also be misused by those with less legitimate intentions. The purpose of this poster was to provide a quick reference guide to the range of software available, so those with parental responsibility for children and young people can start up a conversation about the safe and legal use of computers and technology."