Full Bio
Posted in Technically Incorrect on October 24, 2020 | Topic: Coronavirus: Business and technology in a pandemic 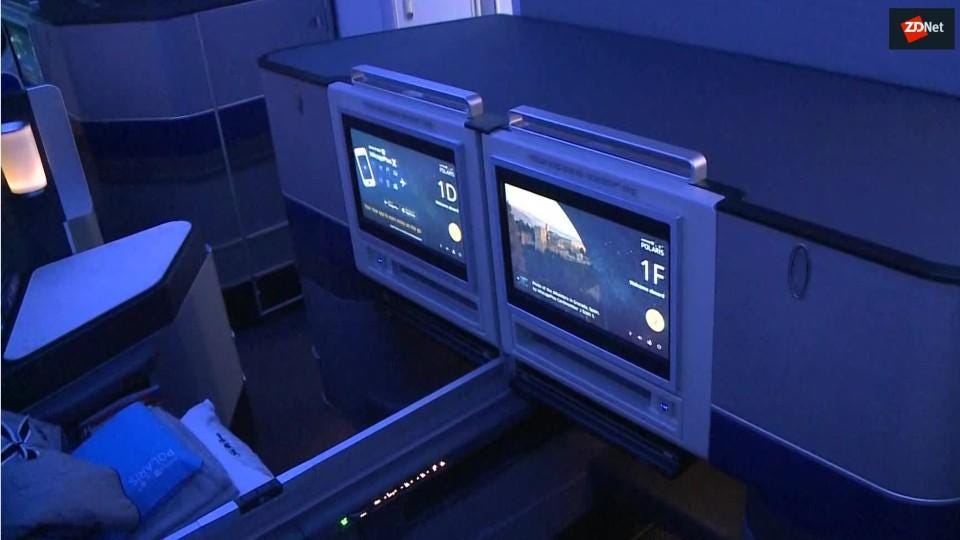 It's been like WWE, but with only one side snarling.

Not just because I'd like to see America from afar for once, but because there are people I want to talk to face to face.

Over the last few weeks, Zoom -- and, of course, Microsoft Teams -- have invaded people's lives to such a degree that some people don't know where the screen ends and their life begins.

Meanwhile, airlines have been spittling and snorting at the notion that Zoom and the like can replace the joys of business travel.

American Airlines CEO Doug Parker and United's CEO Scott Kirby have chuckled, respectively but not respectfully, that Zoom calls are plain awful and that the first time a company loses a sale to someone who turns up in person is that last time they'll use Zoom as a substitute for flying.

Of course, I admired their brazen bravado, just as I feared they might be offering a touch of first-class blowhardiness.

Then along came Natarajan Chandrasekaran to offer Parker and Kirby a bracing shower.

Chandrasekaran is the chairman of Tata Sons. This is a Mumbai-based holding company that enjoys around 100 constituent parts across such sectors as engineering, information systems, cars, communications, and tea. It said to be worth well over $100 billion.

And, of course, its business is multinational.

How, then, has the pandemic affected the way Tata's executives have done business?

Chandrasekaran told The New York Times that he'd been in the habit of getting on a plane from India to the US, just to pitch a $50,000 project. Now, he said, he's just done $2 billion worth of deals in "five or six Zoom calls."

I cannot confirm any of these deals involved buying an airline.

Parker and Kirby must at least be somewhat concerned that, if the most powerful business leaders such as Chandrasekaran can manage without flying, that might be the case for a lot of business leaders. Which would devastate the most profitable area of their business.

It's possible, of course, that Chandrasekaran did these big deals with people he already knows and has met many times in person.

It's also possible that the pandemic has so swiftly normalized doing business via a screen that many businesspeople are seeing more positives in staying at home than in continuing to fly.

Indeed, in the same Times article, well-known CEOs said that working from home allowed employees to have more time for personal wellbeing, playing with their dogs and merely spending more time with loved ones. If they can do the same deals they did before, why would they spend so much time -- and company expense, of course, flying?

I admit I'm unnaturally fascinated as to how this will all turn out. I still believe in human contact. The personal, handshakey, huggy sort. I still think that some companies will offer business trips to employees as a reward.

Yet as more and more people are prepared to buy phones online for higher prices, just as they're prepared to trust technology to replace so much of their previous physical transactional behavior, I very much wonder that flying for business will become quaint when compared with flying for pleasure.

It could still be the case that domestic business travel will be resuscitated long before the sort of long-haul pain that Chandrasekaran endured is again a regular event. Southwest Airlines just announced that 90% of their corporate travel accounts -- likely almost all domestic -- had at least done some flying.

But just as the pandemic has forced companies to completely reassess how they do business and what doing business even means, so airlines may have to entirely reconsider who their customers now are. They're now people who are simply flying for pleasure, to get away from work rather than toward it.

Oh, if only this could lead to wider seats and more legroom in coach.

Join Discussion for: United and American just got a chilling reality...