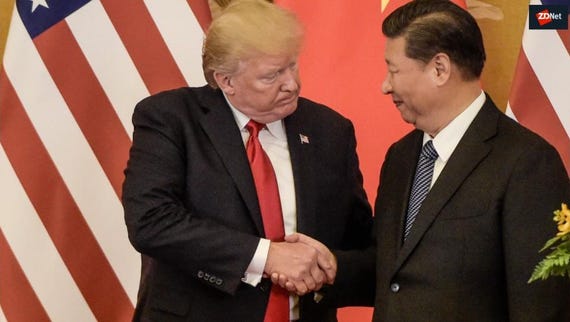 As widely expected, the US Department of Commerce has granted Huawei a further 90-day licence extension, following the temporary license put in place in May.

The original licence allowed the Chinese giant to "maintain and support existing and currently fully operational networks and equipment, including software updates and patches" on existing agreements made prior to May 16.

On Monday, the Department of Commerce said in a notice it would extend the licence for a further 90 days.

"The continuation of the [Temporary General License] is intended to afford consumers across America the necessary time to transition away from Huawei equipment, given the persistent national security and foreign policy threat," it said.

At the same time, the department added 46 more Huawei affiliates to its Entity List, taking the total to over 100.

"As we continue to urge consumers to transition away from Huawei's products, we recognize that more time is necessary to prevent any disruption," Secretary of Commerce Wilbur Ross said.

"Simultaneously, we are constantly working at the Department to ensure that any exports to Huawei and its affiliates do not violate the terms of the Entity Listing or Temporary General License."

Huawei said the Entity List additions were politically motivated and had nothing to do with national security.

"These actions violate the basic principles of free market competition. They are in no one's interests, including US companies," Huawei said.

"Attempts to suppress Huawei's business won't help the United States achieve technological leadership. We call on the US government to put an end to this unjust treatment and remove Huawei from the Entity List."

Huawei also complained that it was being treated unjustly with the licence extension before stating that it would not have "a substantial impact on Huawei's business either way".

"Neither production nor shipment has been interrupted, not for one single day," company chair Liang Hua said.

The moves from the Department of Commerce follow US President Donald Trump saying that Apple CEO Tim Cook made a very compelling argument over tariffs and how Apple needs to compete with tariff-free Samsung.

CNN reported on Monday that trade advisers convinced Trump to delay the tariffs by stating it could ruin Christmas.

Trump said in March last year that "trade wars are good, and easy to win".

Join Discussion for: US Department of Commerce frames new Huawei...