Effective immediately, it will only be used in emergency situations.
Written by Campbell Kwan, Journalist on Jan. 29, 2020 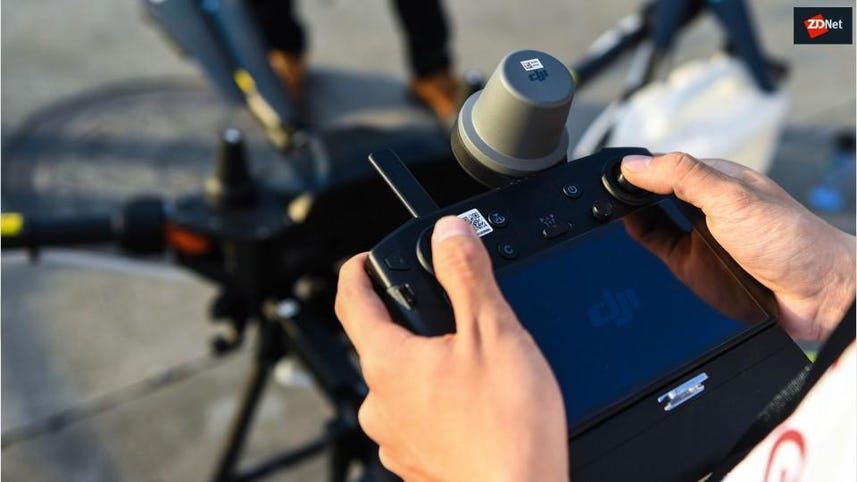 The US Department of the Interior (DOI) has halted the operations of its entire drone fleet except in emergency situations as the department wants to review whether the drones manufactured by "designated foreign-owned companies" are a threat to national security.

In an order [PDF] signed on Wednesday by US Secretary of the Interior David Bernhardt, the department wrote that the decision to ground its drone fleet was made to "ensure the cybersecurity and supply of American technology of unmanned aircraft systems".

While the order doesn't mention China by name, it directs government officials to prop up domestically-produced drones as information collected by foreign-made drones have the "potential to be valuable to foreign entities, organizations, and governments".  According to the Wall Street Journal, government officials have acknowledged that all of the department's roughly 800 drones are made in China or with Chinese parts.

"Protecting America's national treasures and critical resources requires a sustained effort to securely access, collect, and maintain information, much of which is sensitive … the department is taking action to ensure that our minimum procurement needs account for such concerns, which include cybersecurity, technological considerations, and facilitating domestic production capability," the order said.

As it stands, the drone fleet will only be used in emergency situations such as fighting wildfires, conducting life-saving search and rescue operations, and dealing with natural disasters, the order said.

Outside of emergency situations, the Interior Department had previously used its drones for a variety of purposes, including surveying federal lands, collecting research data, and assisting law enforcement, among others.

"Drones are important to critical DOI missions, such as combatting wildfires and conducting life-saving search and rescue operations; however, we must ensure that the technology used for these operations is such that it will not compromise our national security interests," said DOI spokesperson Carol Danko.

Chinese drone manufacturer DJI, which provides drones to the DOI, released a statement shortly after the order was announced expressing that it was "extremely disappointed" by the decision.

DJI makes "government edition" versions of two of its drones, the Matric 600 Pro and Mavic Pro, for the department. Both models are listed as being part of the department's drone fleet.

"DJI is extremely disappointed by the US DOI order released today which inappropriately treats a technology's country of origin as a litmus test for its performance, security and reliability. This action will ground the entire DOI drone program, which relies on drones made with globally sourced components to create the federal government's largest and most innovative civilian drone fleet," DJI said.

"This decision makes clear that the US government's concerns about DJI drones, which make up a small portion of the DOI fleet, have little to do with security and are instead part of a politically-motivated agenda to reduce market competition and support domestically produced drone technology, regardless of its merits."

DJI had unveiled plans in July last year to assemble and make high-security drones for the US government in California to quell security concerns. DJI currently owns about 80% of the drone market share in the US.

Prior to the order, the Trump administration had already issued an alert warning that Chinese-made drones may be sending sensitive flight data to their manufacturers in China. Senators, such as Rick Scott and Ed Markey, were also calling for the US sale of Chinese-made drones to be outlawed due to individual privacy and security concerns.

No timeline has yet been provided as to when the drone fleet can be used in non-emergency situations. It will remain in effect "until its provisions are converted to the Departmental Manual or until it is amended, superseded, or revoked, whichever occurs first", according to the order.