The demise of the Oculus Go is but the latest in a line of frustrated attempts to bring virtual reality to the mass market.
Written by Ross Rubin, Contributing Writer on July 13, 2020 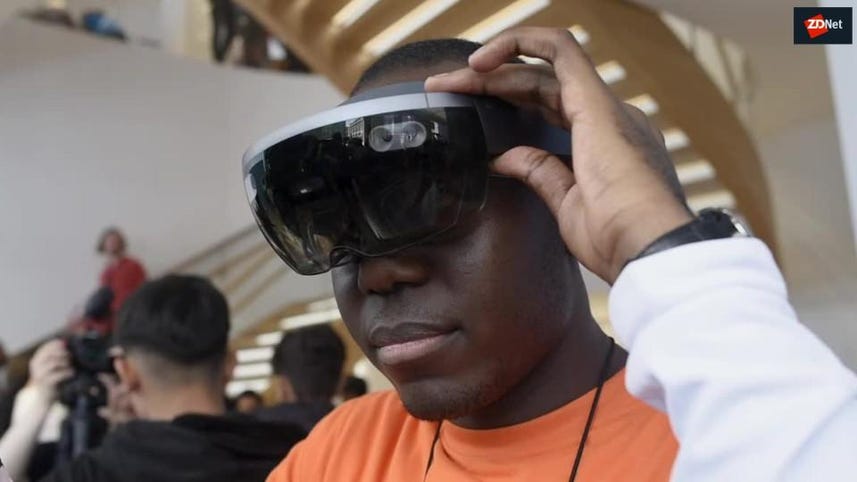 VR headsets that provide the most realistic experiences available can cost thousands of dollars. These must be justified with a clear ROI. But a wide range of applications doesn't demand the visual precision that these high-end systems deliver. Applications that span gaming, simulation, education, social networking, telepresence, and tourism lend themselves to broader adoption of low-cost headsets.

And yet, the path toward mass-market VR has been rocky as vendors have struggled to find the right balance between experience quality and affordability. The recent news that Facebook would put a stop to its Oculus Go showed once again how difficult it has been to deliver VR experiences that have broad appeal.

Starting from the bottom in 2014, Google released Cardboard, which allowed smartphone users to mount their phones inside of an inexpensive head-mounted viewer of its namesake's construction. The effort inspired many variations of Cardboard-compatible viewers as well as a few generations of Samsung's smartphone-dependent Galaxy VR headsets. However, these efforts were limited by the display technology of smartphones and produced distracting "screen door" effects.

Google followed Cardboard up in 2017 with Daydream, a higher-quality option that offered quality somewhere between Cardboard and the Go, with supporting headsets from Google itself and Lenovo. But, by that time, the small explosion of VR content that Cardboard drove had fizzled and Daydream couldn't revive it. In May, Google released an open-source Unity SDK as it bid adieu to its own work on Cardboard and left it to community development as it chases Apple in augmented reality applications, a field it pioneered with the much-maligned Glass.

While hogging the limelight with the jaw-dropping Hololens despite its high price and limited distribution, Microsoft also tried to jump-start low-cost VR with an affordable PC-tethered Windows Mixed Reality headset program that saw initial support from about half a dozen of its hardware partners, including Samsung. But HP has far and away put the most muscle behind the effort. Its latest headset, the Reverb G2, developed in collaboration with Valve, is due in September. It costs $600 -- affordable in comparison to professional systems from Varjo and VRgineers but far from a mainstream offering. It also, of course, requires a PC with a capable GPU. The most recent high-profile standalone headset introduced by startup XRSpace will cost $799, with another $100 added for a 5G version.

In contrast, one of the most popular consumer VR systems, Sony's PlayStation VR, costs half of what the newest HP headset costs. But its content is limited to a handful of PlayStation titles. Sony's main console competitor, Microsoft, saw no need to respond with its own offering for Xbox. And while today's PlayStation VR headset will work with the PlayStation 5, Sony has not yet commented on a next-generation VR system for its upcoming console, which is expected to launch at a premium price.

In scuttling the Oculus Go, Facebook noted that feedback has come to favor VR systems that support six degrees of freedom like its more recent Oculus Quest as opposed to the three degrees of freedom supported by the Go. Like the Go, the Quest is a standalone device that requires no help from PCs or smartphones. However, the Quest costs $400, within reach for many but still twice the price of the Go.

If six degrees of freedom represents some magic market acceptance demarcation, though, there may be hope that such products will soon become more affordable. At its Snapdragon Summit last winter, Qualcomm debuted the XR2, a new extended reality platform for VR and AR headsets that support higher resolution and more cameras as well as 5G. The company often fills in less powerful versions of its platforms at lower prices. Even if nothing new is on the imminent horizon, though, we could see Facebook reduce the price of today's Quest product or introduce a cost-reduced version of it at a price closer to the Go's. That might arrive too late to have driven Oculus usage throughout much of the early COVID-19 lockdowns, but it could still take up the mantle of affordable, high-quality VR that the Go had been pioneering.

Facebook says goodbye to Oculus Go, opens up Oculus Quest to new apps
The Go's last days are here, but the Quest is opening up in 2021.

This VR startup wants to use 5G to blow up social distancing
XRSpace, started by the co-founder of HTC, is introducing a virtual world it hopes will be the escape we all crave.