Verizon has confirmed that it is buying Yahoo's operating business for around $4.83 billion in cash.

Yahoo has a global audience of more than one billion, including 600 million monthly active mobile users, across its services.

It's Verizon's second big acquisition recently -- just over a year ago it also bought AOL for slightly less -- $4.4 billion. 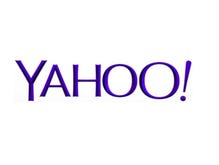 Yahoo sweetens sales deal with auction of 3,000 patents The patents include inventions used in the firm's search technology.

"The acquisition of Yahoo will put Verizon in a highly competitive position as a top global mobile media company, and help accelerate our revenue stream in digital advertising," said Lowell McAdam, Verizon chairman and CEO.

The deal is expected to close in the first quarter of 2017. The sale does not include Yahoo's cash, its shares in Alibaba Group Holdings, its shares in Yahoo Japan, or Yahoo's non-core patents, called the Excalibur portfolio. These assets will continue to be held by Yahoo, which will change its name after the deal closes and become a publicly-traded investment company: according to Bloomberg those elements could be valued at around $40 billion.

Yahoo will be integrated with AOL under Marni Walden, EVP and president of the Product Innovation and New Businesses organization at Verizon.

Yahoo CEO Marissa Mayer intends to stay on after the acquisition, and said: "Yahoo is a company that changed the world. Before Yahoo, the Internet was a government research project. Yahoo humanized and popularized the web, email, search, real-time media, and more."

Combined, AOL and Yahoo will have more than 25 brands in their portfolio across finance, news, and sports, as well as one of the most popular email services globally with approximately 225 million monthly active users.

Yahoo was once one of the biggest forces on the internet, but has declined in recent years and even the arrival of Mayer from Google in 2012 -- one of the upstarts which overtook Yahoo -- failed to turn the company around, and it has been up for sale for some months. Despite high profile acquisitions like Tumblr in 2013 for $1.1 billion, Yahoo never found a way to compete with the likes of Facebook.

In its most recent financial quarter, Yahoo reported that its revenue fell 19 percent from a year earlier, while its operating loss widened to $440 million from last year's $22 million. The company had already announced plans to cut 15 percent of its workforce, leaving it with a headcount 42 percent lower than in 2012. In 2008, Microsoft made an unsuccessful attempt to buy Yahoo for $44.6 billion.

Read more on the deal

Join Discussion for: Verizon is buying Yahoo's core business for...