The cameras in Queensland can also catch people who fail to wear a seatbelt.
Written by Aimee Chanthadavong on July 26, 2020 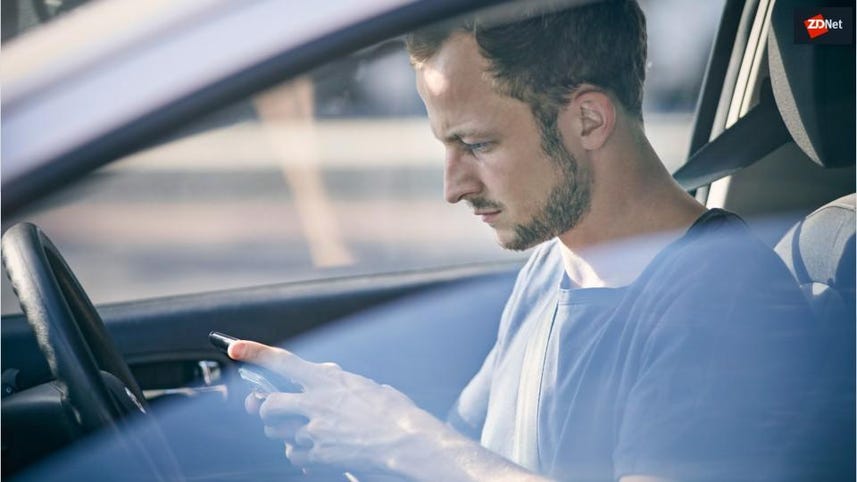 Both the Victorian and Queensland governments have announced that they will each be testing the use of phone-detection cameras on the roads to catch drivers illegally using their mobile phones while driving.

In Victoria, the three-month trial will begin on Wednesday, July 29 and involve placing the high-resolution cameras across several metropolitan and regional locations.

The testing will focus on ensuring the technology that is designed to detect mobile phone use behind the wheel and the possibility of other illegal driving activities, such as not wearing a seatbelt, can operate accurately before it is potentially rolled out.

At the same time, the trial will help the state government understand how the phone-detecting cameras could be integrated with existing road safety camera systems.

The trial will be carried out by Acusensus, a technology provider and the state government's current traffic camera services contractor.

"We know distracted drivers can have devastating outcomes on our roads -- this technology is another step towards targeting this kind of unacceptable behaviour and keeping all road users safe," Victorian Minister for Police and Emergency Services Lisa Neville said.

During the trial, no infringements will be issued and no number plate matching will be undertaken, the Victorian government said, adding that all photographs captured would be deleted except for a "limited number" of de-identified images.

Over in Queensland, the state government will also be rolling out phone-detecting cameras across metropolitan and regional locations as part of a six-month evaluation trial.

Much like in Victoria, the cameras will not only be able to catch drivers illegally using their mobile phones while driving, but also people who are not wearing a seatbelt.

The Queensland government said the cameras use artificial intelligence to monitor vehicles across multi-traffic lanes for 24 hours, seven days a week, and could be installed on overpasses and bridges or operate from roadside trailers.

The Queensland government similarly said that those caught doing the wrong thing during the trial period would not be fined or receive a photograph of their illegal behaviour.

He also assured that while all vehicles that pass the cameras would be scanned, images would only be viewed by "authorised personnel" as part of the testing process.

Both trials follow the rollout of phone-detection cameras in New South Wales. The NSW government began issuing fines and demerit points to those who were caught using their mobile phones while driving by the cameras in March.

Prior to that, the cameras in NSW were operating in warning mode as part of a trial that kicked off back in 2018.

Drivers in New South Wales will be able to use phone payments as long as they are off public roads.

Facial recognition technology may still be in its infancy but it's being rolled out in full force by some jurisdictions around the world -- whether we're ready or not.

Big Blue fears the technology could be used to promote racial discrimination.