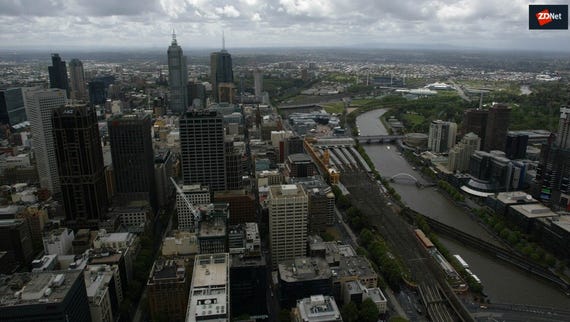 The Victorian government will be looking into the on-demand workforce with a new inquiry probing specifically the treatment of workers and how they are remunerated.

The Victorian Inquiry into the On-Demand Workforce, according to Minister for Industrial Relations Natalie Hutchins, will investigate the conditions of workers working for digital platforms, following "widespread claims" gig economy workers are being underpaid and poorly treated.

The inquiry, to be chaired by former Commonwealth Fair Work Ombudsman Natalie James, will investigate the status of people solely working with or for online companies or platforms in the state.

"This inquiry will lay the groundwork to ensure people are protected in the new economy," Hutchins said, with Finance Minister Robin Scott adding the inquiry will examine Victoria's capacity to protect the rights of vulnerable workers in the "absence of a meaningful national approach".

The Victorian government is concerned that the wages and conditions being offered to workers in the on-demand gig economy, where people are often categorised as independent contractors, are inappropriate and also that traditional businesses in the state no longer have a level playing field as a result of new companies entering the market with an on-demand model.

The inquiry will examine allegations and determinations concerning contracting arrangements and whether these arrangements are being used to avoid workplace laws and other statutory obligations in Victoria.

It will also review the application and effective enforcement of workplace laws, including accident compensation, superannuation, and health and safety of people in the gig economy, a statement from Hutchins explains.

The idea of workplace laws failing to keep pace with the rise of digital platforms was highlighted last month when food delivery company Foodora announced it was exiting Australia shortly after the Fair Work Ombudsman commenced action in the Federal Court, alleging the company had engaged in sham contracting.

The Transport Workers' Union (TWU) last week called for reforms to be urgently implemented to address the "thousands of on-demand workers being ripped off on a daily basis".

The call followed the tabling of a report from the Senate Committee on the Future of Work, which made a total of 24 recommendations to fix the state of the gig economy, including the establishment a central body, within government, to coordinate planning for the future of work.

In Hope is not a strategy: Our shared responsibility for the future of work and workers [PDF], the committee explains the central body would ideally develop policies for ensuring a positive future of work for specific demographics of at-risk workers.

"Every day thousands of delivery riders, ride-share drivers, and other workers in the on-demand economy are being ripped off," TWU National Secretary Michael Kaine said.

"Companies are stealing their wages, their super, and they are being unfairly sacked by getting kicked off the app -- without any warning or chance to challenge their dismissal. The federal government does not appear interested in delivering on this, so the question is how long will these workers have to wait until they can claim the rights they deserve?"

In attempt to remedy this, the committee also recommends future workplace laws and legislation be brought up to speed to "more rapidly adapt to and anticipate the evolving nature of work and employment relationships".

It also asks for the re-evaluation of what "casual" employment means, extend the definition of employee to capture gig workers, and extend workers rights to on-demand employees.

Foodora will cease its Australian operations, with the union accusing the food delivery service of skipping out on workers who are owed millions of dollars.

The 15 best cities for gig workers and freelancers (TechRepublic)

Specialized freelance workers generate more than $110 billion in the largest metropolitan areas, according to Fiverr.

Join Discussion for: Victoria to probe gig economy in support...