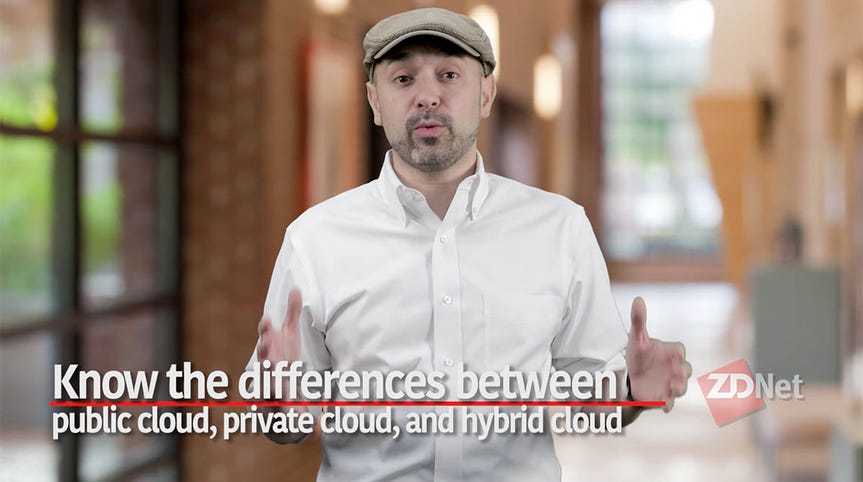 AWS and VMware are expanding their hybrid cloud service, VMware Cloud on AWS, and adding new capabilities that focus in part on assisting customers with disaster recovery and adding on-demand capacity.

The new capabilities come a year after the service was announced and three months after it was made available, illustrating VMware's continued investment in its strategic relationship with AWS. The new capabilities stand as "a testament to our ability to execute together," Ivan Oprencak, director of product marketing at VMware, told ZDNet. Meanwhile, the enhanced offering comes just a few days after Microsoft announced it's enabling users to integrate VMware workloads with Azure services -- VMware, however, distanced itself from that announcement.

VMware Cloud on AWS runs VMware's enterprise class software-defined data center (SDDC) on the AWS cloud, allowing customers to run any application across public, private or hybrid cloud environments. With the service, VMware's vSphere, VSAN and NSX all run on the AWS cloud. The service is optimized to run on dedicated, bare metal AWS infrastructure.

Tuesday's announcement includes enhancements in four key areas: The service, which was previously available only in the AWS US West Region, is now available in the AWS US East Region. The new release also includes enhancements to enable production-class workloads at scale. Next, VMware and AWS are introducing services to protect these production-level workloads, as well as site continuity. Lastly, the new release includes features to improve application migration and portability.

To tie it all together, Oprencak said the new capabilities are designed to help customers "migrate, run and protect production workloads at scale."

To protect customer workloads, VMware Cloud on AWS is now offering disaster recovery-as-a-service based on VMware's Site Recovery product. The consumption model is based on virtual machines, meaning customers only pay to protect the specific VMs of their choice. If a disaster strikes, applications running on those VMs are shifted to VMware Cloud on AWS, and a customer can scale up the environment to the capacity and performance needed. Or if a customer is using all availability zones in an AWS region, they can use this service for protection from availability zone failures.

To help customers with large-scale application migration, VMware is bringing its Hybrid Cloud Extension -- a service announced at VMworld for all VMware cloud providers -- specifically to VMware Cloud on AWS. This is now available in preview mode. For customers with hybrid applications, this service helps ensure security and high performance.

Additionally, customers can now use VMware's vMotion to move their on-premise workloads into VMware Cloud on AWS while they're still running. This is enabled in part by new support for AWS Direct Connect.

Meanwhile, to increase the scale of VMware Cloud on AWS, the service now supports environments with tens of thousands of VMs. Customers can now take advantage of all availability zones in a single region, while each zone can have multiple SDDCs. From there, the service supports up to 10 clusters per SDDC and up to 32 nodes per cluster.

VMware Cloud on AWS is also getting a flexible consumption model. While previously it was only available on demand, it's now available in one or three-year reserve models. There's also a Hybrid Loyalty Program available for customers with one or three-year subscriptions, intended to protect their investments in on-premise Vmware licenses. Depending on the number and types of licenses they have on premise, a customer can get a discount on VMware Cloud on AWS.