Chief information officers are hot commodities these days, and Juniper Networks will be looking for a new one right about now. 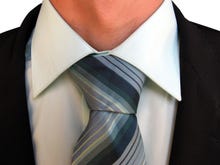 That's because VMware, which just lost its own CIO to the White House, announced it hired Bask Iyer to fill the void.

Iyer, who will join VMware on March 23, is currently the CIO at Juniper.

At Juniper, Iyer managed the company's technology and business operations, including critical services around business transformation, global business services, IT, and real estate and workplace services.

Prior to Juniper, Iyer served as chief information officer at Honeywell as well as GlaxoSmithKline Beecham. At the latter, Iyer served as the company's e-commerce chief, responsible for consumer healthcare research and development.

Scott has more than three decades of experience in the technology industry -- not to mention the role of CIO pops up several times on his resumé.

Scott joined VMware in 2013 to oversee the virtualization company's global information technology group. Prior to VMware, Scott served as chief information officer at both Microsoft and The Walt Disney Company.