Infratil and Brookfield Asset Management will walk away with 100% of the telco's New Zealand arm.
Written by Asha Barbaschow on May 13, 2019 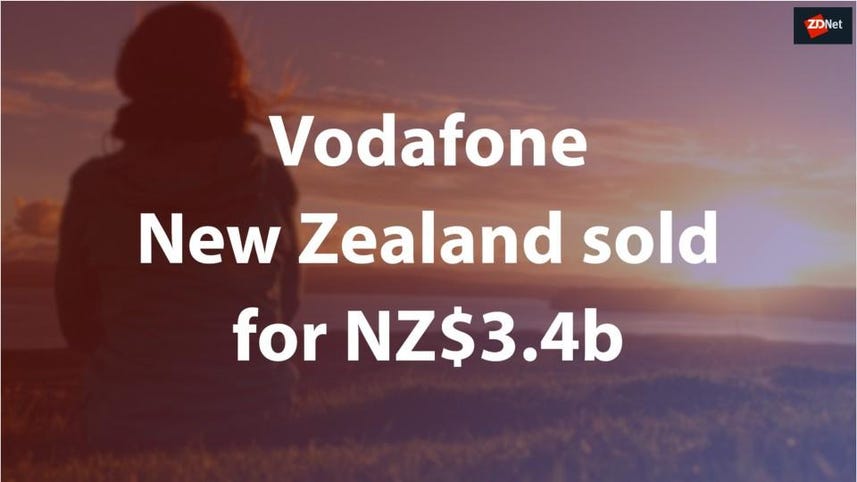 Vodafone New Zealand has been sold to NZ-based infrastructure investment company Infratil and Canada-headquartered Brookfield Asset Management in a deal costing the two buyers a total of NZ$3.4 billion.

Vodafone NZ's newly minted CEO Jason Paris, who joined in November from fellow NZ telco Spark, said the acquisition is a great outcome for consumers and businesses and marks a "new era" for the company.

"It's the absolute best of both worlds for customers. We've got the backing of two new world class and long-term investors plus we can continue to tap into Vodafone's global expertise, including all the services our customers value such as global roaming, global procurement, and the world's largest internet of things platform," Paris said on Tuesday.

The CEO said "key things" currently present at the telco will remain, which includes Vodafone NZ's strategy, people, management team, and brand. The key change that will take place, he said, is a changing of the ownership guard.

"Customers will benefit as we look to maximise the opportunities presented by new and emerging technologies, such as IoT, 5G, artificial intelligence, and data analytics," he continued. "And we know we have a lot of work to do to deliver more consistent customer service so we'll focus even more on getting it right for our customers, first time, every time."

It also follows Vodafone NZ, in 2016, nearly merging with Sky Network Television under an agreement to form an integrated telco and media group. The proposed deal would have seen Sky acquire all of Vodafone NZ's shares for a total purchase price of NZ$3.44 billion.

A year later however, following roadblocks such as the deal being rejected by the New Zealand Commerce Commission, the companies pull the pin on the proposed multibillion-dollar merger.

Prior to Paris joining the telco, Vodafone NZ had been gearing up to go public.

There were also reports in March that Vodafone NZ had offered all of its staff, other than its call centre and retail staff, voluntary redundancy. At the time, the telco was reportedly creating a new operating model, with the number and types of jobs that would be affected unclear.

In September, Vodafone NZ reported a NZ$7.7 million drop in profit to NZ$39 million, which the telco said was due to one-off adviser costs in preparation for a potential IPO, in addition to foreign exchange losses.

Revenue was up by NZ$5.1 million to NZ$2 billion off the back of increasing mobile customer numbers. Vodafone NZ said it added 92,000 customers over the last 12 months, while rivals Spark gained 58,000 and 2degrees lost 27,000 customers.

The deal is subject to regulatory approval.