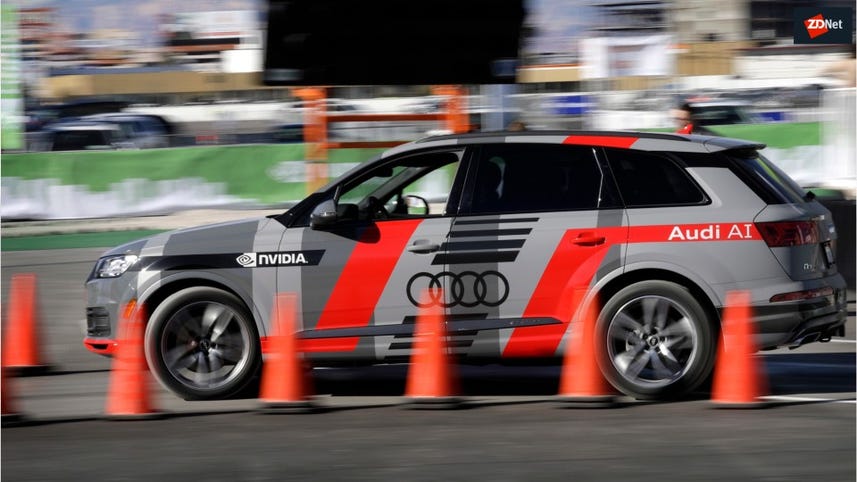 Businesses are still struggling to see the benefits of virtual reality (VR) and augmented reality (AR), despite the billions being poured into developing hardware and applications by vendors.

"The potential of this technology is clear, but so far most companies are evaluating a few units to see how the technology fits into their operations," said George Jijiashvili, CCS Insight's senior analyst for wearables.

AR is usually considered a better fit for business because the headsets allow users to see the real world with digital objects overlain. This can be useful in scenarios like maintenance, where engineers need to see the machinery they are working on as well as the procedures needed to fix it, or for architects working on new features of a building.

CCS Insight predicts that over the next few years businesses will move from limited trials to wider deployment, with sales reaching one million units in 2022: that's a big number, but still tiny compared to spending on smartphones or laptops, suggesting that, at least for business, AR will remain a niche technology for some time.

However, CCS Insight said that consumer smart glasses could be more successful, predicting sales of 4.5 million in 2020 -- although, as Jijiashvili noted, one variable is any potential Apple effect.

"It only takes a big company like Apple to jump into the market and we could be looking at market of millions of smart glasses in no time at all," he said.

Looking ahead, the analyst firm expects sales to increase 50 percent a year over the next five years. By 2022, that will amount to a total of 121 million units, with a market value of $9.9bn.

However, the bulk of those sales will be relatively basic headsets -- the ones where users need to put their smartphone inside to make it work -- rather than more sophisticated standalone devices.

Those basic headsets tend to be pretty cheap (as low as £10 at the entry level), so while they will make up the majority of the sales, the more expensive dedicated devices will account for 63 percent of the total market value.

VR is regularly touted as the next big thing in technology but has yet to make the breakthrough, thanks in part to heavy and bulky hardware, high costs, and a lack of compelling content. Right now, even fans of VR seem disillusioned by the current state of the tech and the industry, and that's before unresolved concerns about VR privacy are addressed.

Most of the interest in VR remains concentrated around gaming, although CCS Insight notes that other use cases are emerging: virtual tourism; remote participation in events such as music concerts or sporting events; or simply watching video, which is proving popular on smartphone-based headsets. Jijiashvili said that standalone headsets could help broaden the appeal of virtual reality, particularly with businesses and in education.

Microsoft HoloLens, hands-on: What it's like to wear the future
Testing out Microsoft's mixed-reality headset.

Inside Microsoft's plan to make Windows the center of the 3D universe
It's time for Microsoft to try to make its case as to why Windows Holographic PCs and devices will make users more productive and creative.

Microsoft fleshes out its Windows 10 mixed-reality roadmap
Microsoft is readying a new spec and a Windows 10 update that will allow mainstream PCs and head-mounted displays to run the Windows Holographic shell and mixed-reality applications.

Microsoft's HoloLens brings you inside a gigantic jet engine (CNET)
Augmented reality makes a jet engine light enough to lift with a finger, and portable enough to take anywhere.