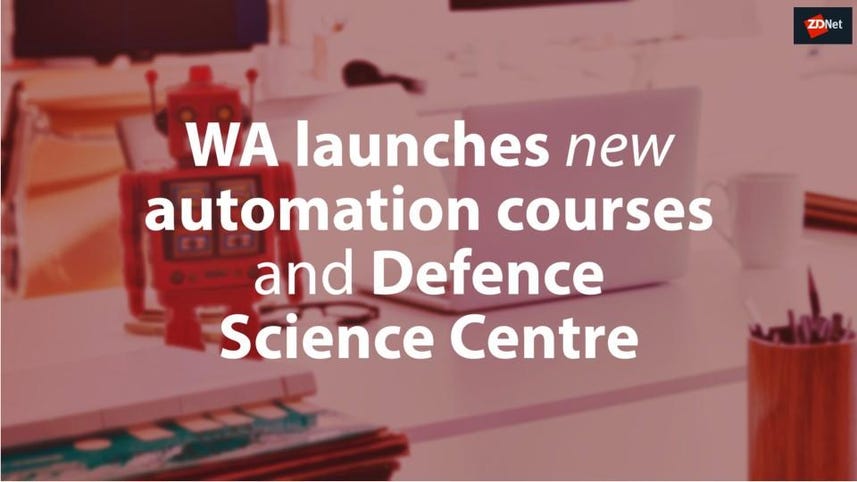 The government of Western Australia announced on Wednesday two automation courses that are aimed at allowing WA workers to take advantage of automation opportunities as well as its new Defence Science Centre (DSC).

"These new courses will allow us to maintain our competitive advantage as a leader in automation technology in Australia and ensure local people have the skills for the new jobs that are being created through technological innovation," WA Premier Mark McGowan said.

"They will also ensure the diversification of our economy and help Western Australians assist the mining industry well into the future."

The courses will start from Semester 2, 2019 at South Metropolitan TAFE's Munster campus.

Meanwhile, the DSC also opened on Wednesday, will be used to support collaboration between universities, government, and industry for the development of security and technology capabilities for WA's defence industry.

"We have established the Defence Science Centre to create the right conditions for the development of cutting-edge science and innovation in Western Australia," WA Defence Issues Minister Paul Papalia said.

"This will enable WA researchers to more easily link into projects, boosting our own state's capability and future-proofing WA's defence industry, keeping and growing skills and knowledge here and creating job opportunities for Western Australians."

According to the government, the DSC will be governed by a board of academic and industry experts, with Woodside general manager of Intelligent and Autonomous Systems Russell Potapinski being appointed as chairman.

To support WA's defence industry, the DSC will be partnering with the Australian Mathematical Sciences Institute's (AMSI) intern program to increase the number of internship projects undertaken by small businesses in Western Australia's defence sector.

The partnership entails placing 10 science, technology, engineering, and mathematics (STEM) PhD students into small businesses to undertake short-term focused research projects, with a AU$10,000 subsidy to be provided to the small businesses that conduct the internships.

The Western Australian government has also secured AU$39 million to purchase new equipment to advance scientific research and support jobs in STEM industries within the state.

"Western Australia needs world-leading facilities to support research that underpins our research reputation nationally and internationally, and to support the jobs of the future," WA Science Minister Dave Kelly said. "From large scale studies of the Ningaloo Reef with Ocean Gliders, to microscopic analysis of soil samples with electron microscopes, the benefits of this funding will be felt across Western Australia."

The slew of moves announced on Wednesday follows the WA government releasing its 2019-20 Budget in May, with the state's police force and school students receiving just shy of AU$38 million for technology-related initiatives.

According to the Western Australian government, there is a current lack of diversity in STEM-related careers, with women only account for 16% STEM-qualified people in Australia. Indigenous people, meanwhile, represent less than 1% of higher education engineering and science students.

Blockchain
A business tried to use a 50% price hike as a recruitment tool. It didn't go well