Full Bio
Posted in Between the Lines on August 3, 2016 | Topic: E-Commerce

Wal-Mart is reportedly in talks to buy Jet.com in a move that highlights how the retailing giant needs to step on the gas if it's hoping to head off Amazon.

According to the Wall Street Journal, Wal-Mart is in talks to buy Jet.com, which could be valued at $3 billion or so. Jet launched a year ago, raised $500 million and now is facing an exit that'll be disappointing. On the bright side, Jet isn't Webvan. 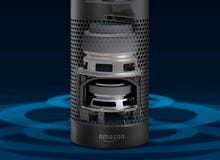 Why Amazon is the king of innovation: Advantage, Alexa Alexa service may be taking the fire out of Siri and OK Google.

The Wall Street Journal story revolved mostly around Jet and how it's difficult to cut in on Amazon. Jet was supposed to undercut Amazon and was often mentioned along with that often overused and somewhat cliché term "disruption."

But the tale here really revolves around Wal-Mart. Just as Jet had no hopes of thwarting Amazon's scale, it's a bit fuzzy whether Wal-Mart can catch up on the e-commerce front either.

Will Wal-Mart and Jet create an e-commerce juggernaut? Probably not. First there are issues around integration -- not that Jet has a ton of brand loyalty anyway. And then there are other details. How will Jet integrate with Wal-Mart's omnichannel strategy? Can Wal-Mart integrate Jet's pricing software and algorithms?

Jet has a higher income customer base than Wal-Mart, but has the same overall strategy: Use pricing and deals to capture loyalty.

In other words, Wal-Mart and Jet fit when it comes to retailing strategy.

Here's the catch: Amazon has its Prime subscription service that damn near ensures loyalty from the customer base even if you can save a few bucks elsewhere.

Perhaps the biggest takeaway is that Wal-Mart has decided it will pay up to acquire e-commerce scale. What remains to be seen is whether Wal-Mart can buy its way to e-commerce girth. Wal-Mart is a brick-and-mortar behemoth that mostly grew organically. Amazon did the same in e-commerce.

Do e-commerce acquisitions work out? Apparently Wal-Mart is willing to find out.