Full Bio
Posted in Between the Lines on September 24, 2018 | Topic: Blockchain 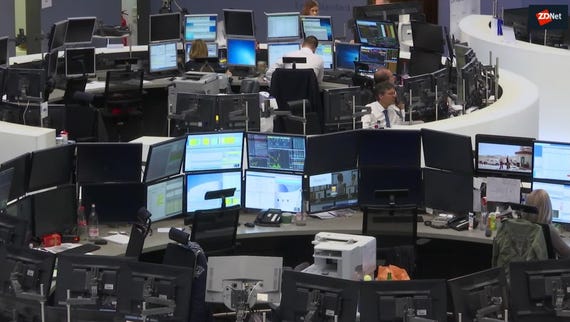 Walmart is working with IBM to implement blockchain as part of new food safety requirements for its suppliers. By this time next year, Walmart and Sam's Club will ask suppliers of leafy greens like romaine lettuce and spinach to implement food traceability via IBM's blockchain technology focused on the global food supply chain.

How Blockchain Will Disrupt Business Blockchain has the potential to rewrite the economy and change the balance of power across industries. It also has specific uses for the enterprise.

The aim is to track food from farm to store in near real time using blockchain's distributed ledger system.

Walmart has worked with IBM since 2016 to apply new levels of traceability based on blockchain technology across the food supply chain. Walmart said the plan now is to extend the technology in order to help reduce the spread of food-borne illnesses by pinpointing issues in the food chain, while at the same time avoiding massive losses for retailers and suppliers during a recall.

Also: How using blockchain in the supply chain could democratize innovation itself

"We're committed to providing our customers with safe, quality foods," said Frank Yiannas, vice president of food safety for Walmart. "Our customers deserve a more transparent supply chain.We felt the one-step-up and one-step-back model of food traceability was outdated for the 21st century. This is a smart, technology-supported move that will greatly benefit our customers and transform the food system, benefitting all stakeholders."

Blockchain is a secure, encrypted database architecture that logs and links all transactions on a tamper-proof ledger distributed among multiple parties. In effect, a blockchain creates an immutable golden record of time-stamped transactions related to any product that can be bought and sold. In the supply chain, blockchain is used as a means to increase transparency, add visibility and improve supply chain economics.