Closing in on $100 million in funding, Bossa Nova is helping brick-and-mortar compete with Amazon.
Written by Greg Nichols, Contributor on June 21, 2018 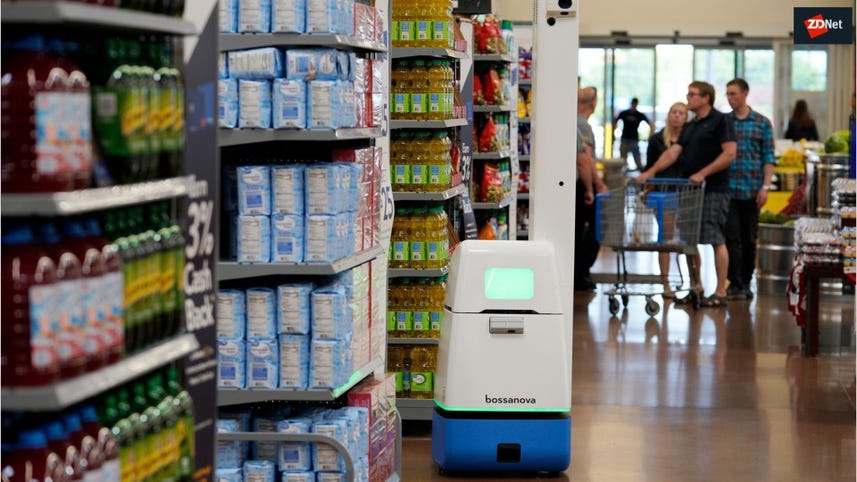 Bossa Nova, the company that makes the shelf-scanning robots that are rolling around a few dozen Walmart stores as part of an ongoing trial program, just announced $29 million in new funding.

Read also: How 5G will drive down the cost of robots - TechRepublic

The latest round brings the company's total funding to $70 million.

Bossa Nova has been billed as a robot replacement for clerks with scanner guns, but that's not the core pitch. The company has been aggressive in creating a multi-disciplinary platform at a time when brick and mortar heavyweights -- those that have thus far survived the digital onslaught -- are looking for ways to cut into Amazon's lead.

Bossa Nova robots rove stores scanning shelves and alerting managers to the state of inventory in real-time. With robust onboard AI, the robots are Big Data mining machines writ small.

With up-to-minute information about how products are performing within stores and across locations, they help major retailers build predictive inventory models that reduce stale SKUs and keep prices competitive.

They can also help big chain retailers decide how to shelve and display products for optimum performance, which was previously the purview of retail artisans.

Read also: Robotics in business: Everything humans need to know

They explore stores without interfering with or imperiling human shoppers, making these robots among the first publicly deployed autonomous vehicles in the country.