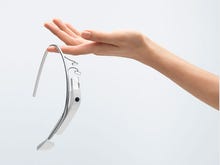 As concerns mount over the privacy impact of Google's networked specs, the company has promised to prevent facial recognition Glassware until it has privacy protections in place.

Google announced at its I/O conference earlier this year a forthcoming Glass Development Kit (GDK) that will help devs build apps in the APK file format required for Glassware. Apps built with the GDK differ to those built using Google's already-available Mirror API, which allows developers to build Glassware that doesn't need to run code on Glass to function.

According to Google, the GDK isn't quite ready for release, but since Glass is built on Android 4.0.4, developers can still test some of their ideas for native apps on Glass using the Android SDK.

"Although you won't have all the tools necessary to design the perfect experience for Glass, developing with the Android SDK (API Level 15) lets you try out ideas while you wait for the GDK," Google said on its developers relations account on Google+.

Google has also provided sample APKs, including a stopwatch, level and compass, which are available on GitHub.

After Google launches the GDK it will use the samples to show how to migrate the traditional Android apps to full Glass apps.