The latest definition of data center is focused on being what's called fit-for-purpose, of using best practices and assessments of existing assets and correctly projecting future requirements to get that data center just right -- productive, flexible, efficient and well-understood and managed.
Written by Dana Gardner, Contributor on April 7, 2010

Listen to the podcast. Find it on iTunes/iPod and Podcast.com. Read a full transcript or download a copy. Sponsor: HP.

There's a huge drive now for improved enterprise data center performance. Nearly all enterprises are involved nowadays with some level of data-center transformation, either in the planning stages or in outright build-out.

We're seeing many instances where numerous data centers are being consolidated into a powerful core few, as well as completely new, so-called green-field, data centers with modern design and facilities coming online. The heightened activity runs the gamut from retrofitting and designing new data centers to the building and occupying of them.

The latest definition of data center is focused on being what's called fit-for-purpose, of using best practices and assessments of existing assets and correctly projecting future requirements to get that data center just right -- productive, flexible, efficient and well-understood and managed.

Yet these are, by no means, trivial projects. They often involve a tremendous amount of planning and affect IT, facilities, and energy planners. The payoffs are potentially huge, as we'll see, from doing data center design properly -- but the risks are also quite high, if things don't come out as planned. This podcast examines the lifecycle of data-center design and fulfillment by exploring a successful project 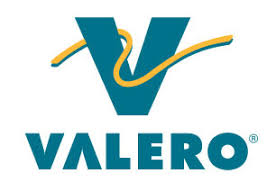 Here are some excerpts:

Bennett: If you had spoken four years ago and dared to suggest that energy, power, cooling, facilities, and buildings were going to be a dominant topic with

CIOs, you would have been laughed at. Yet, that's definitely the case today, and it goes back to the point about IT being modern and efficient.

Data-center transformation, as we've spoken about before, really is about not only significantly reducing cost to an organization -- not only helping them shift their spending away from management and maintenance and into business projects and priorities -- but also helping them address the rising cost of energy, the rising consumption of energy and the mandate to be green or sustainable.

Data-center transformation tries to take a step back, assess the data center strategy and the infrastructure strategy that's appropriate for a business, and then figure how to get from here to there. How do you go from where you are today to where you need to be?

You have organizations that discover that the data centers they have aren't capable of meeting their future needs. ... All of a sudden, you discover that you're bursting at the themes. ... [You] have to support business growth by addressing both infrastructure strategies, but probably also by addressing facilities. That's where facilities really come into the equation and have become a top-of-mind issue for CIOs and IT executives around the world.

One of the things that's different today than even just 10 years ago is that the power and networking infrastructure available around the world is so phenomenal, there is no need to locate data centers close to corporate headquarters.

You may choose to do it, but you now have the option to locate data centers in places like Iceland, because you might be attracted to the natural heating of their environment. It's a good time [for data center transformation] from the viewpoint of land being cheap, but it might be a good time in terms of business capital.

Moore: The majority of the existing data centers out there today were built 10 to 15 years ago, w

hen power requirements and densities were a lot lower.

People are simply running out of power in their data centers. The facilities today that were built 5, 10, or 15 years ago, just do not support the levels of density in power and cooling that clients are asking for going to the future, specifically for blades and higher levels of virtualization.

Some data centers we see out there use the equivalent of half of a nuclear power plant to run. It's very expensive.

It's also estimated that, at today's energy cost, the cost of running a server from an energy perspective is going to exceed the cost of actually buying the server. We're also finding that many customers have done no growth modeling whatsoever regarding their space, power, and cooling requirements for the next 5, 10, or 15 years -- and that's critical.

When a customer is looking to spend $20 million, $50 million, or sometimes well over a $100 million, on a new facility, you’ve got to make sure that it fits within the strategic plan for the business. That's exactly what boards of directors are looking for, before they will commit to spending that kind of money.

We’ve got to find out first off what they need -- what space, power, and cooling requirements. Then, based on the criticality of their systems and applications, we quickly determine what level of availability is required, as well.

This determines the Uptime Institute Tier Level for the facility. Then, we go about helping the client strategize on exactly what kinds of facilities will meet those needs, while also meeting the needs of the business that come down from the board. ... We help them collaboratively develop that strategy in the next 10 to 15 years for the data center future.

One of the things we do, as part of the strategic plan, is help the client determine the best locations for their data centers based on the efficiency in gathering free cooling, for instance, from the environment.

One of the things that the Valero is accomplishing is the lower energy costs, as a result of building their own data centers with a strategic view.

Vann: Valero is a Fortune 500 company in San Antonio, Texas and we're the largest independent refiner in the North America. We produce fuel and other products from 15 refineries and we have 10 ethanol plants.

We market products in 44 states with large distribution network. We're also into alternative fuel with renewables and one of the largest ethanol producers. We have a wind farm up in northern Texas, around Amarillo, that generates enough power to fuel our McKee refinery.

So what drove us to build? We started looking at building in 2005. Valero grew through acquisitions. Our data center, as Cliff and John have mentioned, was no different than others. We began to run into power,space, and cooling issues.

Even though we were doing a lot of virtualization, we still couldn't keep up with the growth. We looked at remodeling and also expanding, but the disruption and risk to the business was just too great. So, we decided it was best to begin to look for another location.

[The existing facility] is about seven years old and had been remodeled once. You have to realize Valero was in a growth mode and acquiring refineries. We now have 15 refineries. We were consolidating quite a bit of equipment and applications back into San Antonio, and we just outgrew it.

We were having hard time keeping it redundant and keeping it cool. It was built with one foot of raised floor and, with all the mechanical inside the data center, we lost square footage.

We began to look for alternative places. We also were really fortunate in the timing of our data center review. HP was just beginning their build of the six big facilities that they ended up building or remodeling, and so we were able to get good HP internal expertise to help us as we were beginning our decision of design and building our data center.

So, we really were fortunate to have experts give us some advice and counsel. We did look at collocation. We also looked at other buildings, and we even looked at building another data center on our campus.

As we did our economics, it was just better for us to be able to build our own facility. We were able to find land northwest of San Antonio, where several data centers have been built. We began our own process of design and build for 20,000 square feet of raised floor and began our consolidation process.

Power and cooling are just becoming an enormous problem and most of this because virtualization blades and other technologies that you put in a data center just run a little hotter and they take up the extra power. It's pretty complex to be able to balance your data center with cooling and power, also UPS, generators, and things like that. It just becomes really complex. So, building a new data center really put us in the forefront.

We had a joint team of HP and the Valero Program Management Office. It went really well the way that was managed. We had design teams. We had people from networking architecture, networking strategy and server and storage, from both HP and Valero, and that went really well. Our construction went well. Fortunately, we didn’t have any bad weather or anything to slow us down; we were right on time and on budget.

Probably the most complex was the migration, and we had special migration plans. We got help from the migration team at HP. That was successful, but it took a lot of extra work.

Probably we'd put more project managers on managing the project, rather than using technical people to manage the project. Technical folks are really good at putting the technology in place, but they really struggle at putting good solid plans in place. But overall, I'd just say that migration is probably the most complex.

Bennett: Modernizing your infrastructure brings energy benefits in its own right, and it enhances the benefits of your virtualization and consolidation activities.

We certainly recommend that people take a look at doing these things. If you do some of these things, while you're doing the data center design and build, it can actually make your migration experience easier. You can host your new systems in the new data center and be moving software and processes, as opposed to having to stage and move servers and storage. It's a great opportunity.

It's a great chance to start off with a clean networking architecture, which also helps both with continuity and availability of services, as well as cost.

It can be a big step forward in terms of standardizing your IT environment, which is recommended by many industry analysts now in terms of preparing for automation or to reduce management and maintenance cost. You can go further and bring in application modernization and rationalization to take a hard look at your apps portfolio. So, you can really get these combined benefits and advantages that come from doing this.

Listen to the podcast. Find it on iTunes/iPod and Podcast.com. Read a full transcript or download a copy. Sponsor: HP.