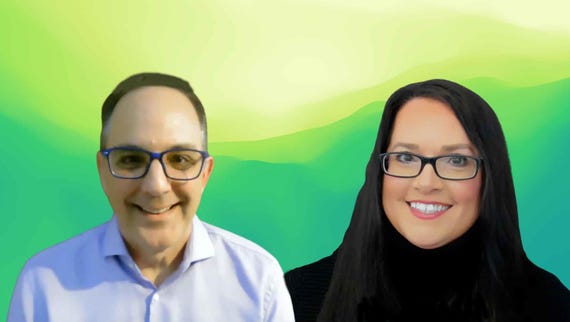 The challenges of working from home
Watch Now

For many employees working through another month of full-time WFH while the Covid-19 pandemic shows no sign of subsiding, life away from the office is starting to take its toll.

But a new survey from HP shows that despite the gloom, workers are trying to prepare for their own vision of the future of work – a future in which the IT giant predicts the rise of the "empowered employee".

Empowered employees, according to HP, will be surfing the wave of lifelong learning with an ever-evolving set of skills. They will be embracing flexible working arrangements, and expecting employers to provide resources for their training and wellbeing. Crucially, they will also be much keener to look at different career options and pursue their passions, for example by starting their own business.

All of this and more could come as a direct consequence of the health crisis, although for some workers, that might be hard to see right now. In the survey (carried out among 1,000 office workers in the US, the UK, France, Italy, Germany and Spain), HP effectively found that almost half of employees in the US and Europe have had their hours reduced at some point during the pandemic, with Gen Z workers particularly affected.

One in three employees admitted that being away from the office had lowered their morale, with respondents reporting that they feel distracted during their work day, and easily stressed out at work.

What's more: there seems to be consensus that employers have not gone far enough in supporting their workforce. Less than a quarter of employees in the US and Europe received guidance from their employer on working remotely on topics ranging from tips on new ways to work, to data security best practices.

But despite the potential difficulties of working from home day-in, day-out, HP's research found that office workers are keeping an eye on the bigger picture – and that overall, respondents seemed positive about the future. The majority of employees surveyed agreed that the new ways of working caused by the crisis would allow them to change their work environments for the better.

Over the past few months, workers have been gauging what the future holds for their nine-to-five, and preparing accordingly. The survey shows that many employees have identified continuous learning and upskilling as key to their success, and have lost no time in re-training themselves.

From leadership skills to foreign languages through IT and tech support knowledge, almost six in ten respondents said that they were currently learning at least one new skill, often through free online programs.

In parallel, job security has dramatically fallen as a result of the economic recession, while remote working has led employees to feel less loyal to their employer. Almost half of Gen Z workers in the US, for example, reported feeling disconnected from company culture.

With less attractive jobs on one hand, and a boost in up-skilling on the other, employees are increasingly considering alternative options to traditional career paths. Half of millennial workers surveyed said that they had interest in starting their own business because the pandemic had reduced their sense of job security.

For employers the next challenge will be to find ways to retain talent. Their workforce will largely be expecting that their company take an active interest in their wellbeing, which includes giving employees the tools to learn new skills and to stay connected to their colleagues.

Some forward-thinking businesses are already taking first steps. File-hosting company Dropbox, for example, has announced a new concept that will make remote work the day-to-day default for employees even once the Covid-19 crisis has passed.

Called "Virtual First", the initiative will see the company's offices transformed into "Dropbox Studios", where workers will be able to meet their teams for better collaboration and community building. Employees, however, will not be able to use the studios for individual work, which will have to be carried out at home.

In addition, Dropbox will encourage workers to draw their own work schedules beyond the core collaboration hours defined by the company, in an effort to push flexible working further. A host of resources and toolkits, from IT to HR, will be available to support employees in the transition, and to track the impact of the new measures on productivity and engagement.

"We believe that adding flexibility and freedom into the way we work — such as increased options for where you can live — will be attractive to many of our employees," a Dropbox spokesperson told ZDNet.

As the "empowered employee" increasingly defines the future of work, therefore, investing in the workforce will be the key to securing talent. Achieving employee loyalty in a post-COVID19 world could very much become a competitive advantage.

Join Discussion for: WFH has left workers feeling abandoned. So...