'Too old to hire, too young to retire' sums up the position of many of the older IT professionals in Switzerland.

Those in the 55-64 age group are 50 percent more likely to be out of work than people in other industries and to have been out of work for longer, according to a recent survey by the ICT Vocational Training association.

The end result is that only nine percent of Swiss IT professionals currently in work are older than 55 (outnumbered even by another under-represented group - women, who make up only 12 percent of the Swiss IT workforce).

Being older, they're at least the bosses, aren't they? Well, no. The study found that only eight percent of management jobs were held by over 55s. Almost half of older IT workers were developers and analysts (accounting for around seven percent of people in those roles) and they occupied 12 percent of network administrators posts.

The most sparsely represented area for IT seniors was graphic and multimedia design, with only one in 10 designers aged over 55.

Why is IT ageist?

Why is there this prejudice against older employees? IT recruiters point to a number of factors.

Since 1999 there has been a 'rejuvenation' of IT departments, with companies preferring to take on younger people with the skills they require rather than training older people who are closer to retirement.

There's also the attraction of cheaper workers from surrounding EU countries and the steep rise in employers' pension contribution for employees over 45 years of age. 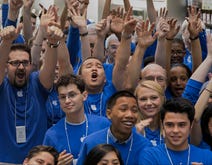 It's extremely easy to avoid employing older workers too. Unlike its neighbours in the EU, there is no age discrimination law in Switzerland - neither at a national or local level.

That means Swiss companies can stipulate the age - and even gender - of the employees they want in job adverts. And many do.

A study this year by the Zurich-based Tages-Anzeiger newspaper and Switzerland's largest jobs portal Jobs.ch found that nearly half (43 percent) of the 25,000 ads surveyed mentioned a 'preferred' age for candidates.

Of these age-specific ads, only 20 targeted people over 45 and only 200 were looking for workers over 35.

This wastage of older IT talent comes at a time when the industry is already facing a shortage of skilled ICT workers, according to Jorg Aebischer, executive director of the ICT Vocational Training association.

The association, set up in 2010 by industry and regional authorities to boost the ICT skills base, reports that the number of IT jobs has grown by 12 percent in the last four years, four times higher than the national average.

The trend is likely to continue. Some 75 percent of Swiss companies are planning to recruit new employees in 2015, according to research by IT recruiter Robert Half.

But where will they come from? IT leaders expect a lot of poaching of existing talent, as two-thirds of IT leaders believe it will only get more challenging to find suitably qualified employees over time.

The main reason given (51 percent) in the Robert Half survey was the high salary levels and other benefits expected by Generation Y, allied (for 45 percent of those surveyed) to the difficulties of matching the new generation's demands for a better work-life balance.

IT is viewed as a demanding profession, which is perhaps why a third of those trained in IT go off to other jobs with a better life-work balance.

While politicians, economists and business associations are calling for companies to play their part in training a skilled workforce - in particular through apprenticeship schemes - that will not close the IT skills gap.

IT firms want to recruit university-level entrants, whereas a lack of computer training provision in Swiss universities means the majority of local candidates only hold basic vocational certificates.

The result is that the IT sector in Switzerland will have to continue to rely on IT workers from abroad.

Currently, foreigners account for about 12 percent of the Swiss IT workforce (some 24,300 jobs) - almost double the national average. Most (80 percent) are from the EU and educated to university-level, according to the ICT Vocational Training association.

The shortfall caused by the lack of homegrown talent will get worse from 2017 when new immigration restrictions, voted for in a 2014 referendum, come into force.

ICT Switzerland, a trade association for the industry, predicts the shortage of IT specialists will more than double by 2022.

Can the government help?

The government recently put forward its proposals for the new immigration law, which included quotas for EU citizens, priority hiring of Swiss residents, and measures to increase the number of older, female, and refugee people in the workforce. The draft legislation has yet to be approved by parliament. 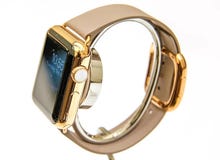 But even the government recognises that there is a particular problem in the IT sector. The Swiss Federal Council acknowledges it will still have to employ foreign contractors on major government contracts - such as the newly-announced investment in developing e-government services for SMEs. The government plans to spend CHF 18m, more than double the current budget, on creating a portal - startbiz.ch - to provide a single place for setting up new businesses.

But following a review by a government watchdog, the Commission de Gestion du Conseil des Etats, the Federal Council has agreed to more "transparency and prudence" when employing external IT staff - in particular using new accounting procedures to show the cost and number of contractors used.

The problems that immigration quotas pose for the IT industry has already been shown this year. SWICO, the Association of ICT Providers in Switzerland, has warned that the government's decision to massively reduce the number of short-term residents permits (12 months or less) is damaging.

They say that whole project and development teams, which are often mainly Swiss, can't work because there's no permit available for a key specialist from abroad.

The strong Swiss franc has also had an impact on the number of short-term workers from surrounding EU countries wanting to work in Switzerland.

The consequences are clear, according to the various trade bodies: an increase in the number of unqualified IT employees, the outsourcing of IT away from Switzerland, or the cancellation of big growth projects.

Unless, that is, companies are ready to call back the IT seniors.

Join Discussion for: What happens when IT companies are allowed...