What happens when robotics industry vets have kids?

An ambitious international playbook for a robotics company targeting kids as young as 3.
Written by Greg Nichols, Contributing Writer on Feb. 20, 2020 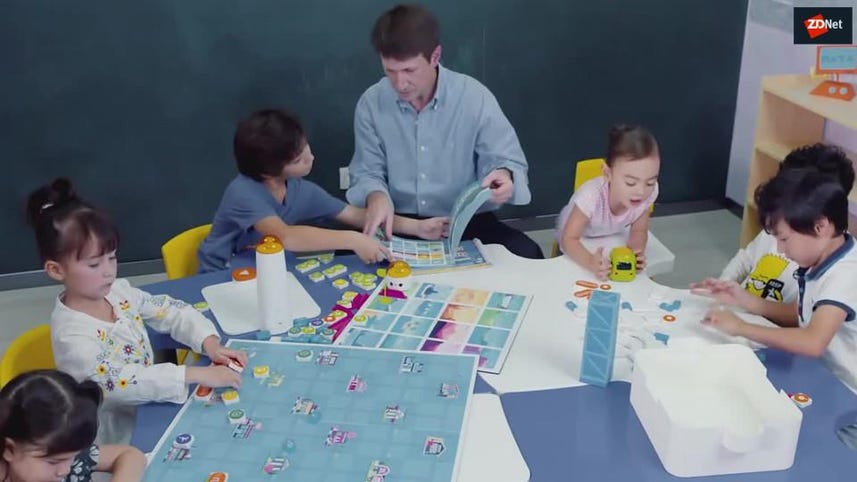 What happens when a group of robotics industry veterans have kids? They have start a company specializing educational robots for kids, of course.

Matatalab is fast carving a path for itself in the world of children's STEAM education products and content. Matata's kid's programming robots uses image recognition technology to develop children's cognitive abilities and computational thinking through a variety of programming games. The robot focuses on physical programming, with no need for screen or literacy to learn to code.

Perhaps to the horror of some educators, who believe there's too much tech in education, but the delight of a growing customer base, the company's entry-level learning tech is targeted at kids as young as three. So far Matatalab has pursued an ambitious market strategy, bringing its products out in over 40 countries via a combination of traditional brick-and-mortar stores as well as Amazon.

There are a number of robotics companies vying for space in the lucrative ed tech market. STEAM eduction is increasingly emphasized in budgets, and many schools now offer coding instruction as part of the standard curricula as early as kindergarten. Analysts predict the educational robotics market will be worth $1.7 billion by 2023. In some Chinese schools, students begin as early as preschool, which is where Matatalab is focusing.

The company was founded in 2017 by two Shenzhen-based robotics industry veterans who had kids who were entering pre-kindergarten. Studies show that brains begin to develop logic around 3 and 4 years old, so the team wanted to make a coding education product that catered specifically to this age group at an early stage of development. Their mission was to give kids around the world the greatest advantage for learning to code as they grow.

Like kid-aimed robots from companies like Cubetto, SAM Labs, and Wonder Workshop, the result is an interesting blend of interactive technologies that purport to teach kids to code. The game-based Matatalab Coding Set, meant for kids as young as four, contains coding blocks, a command board, maps, and challenge booklets. It's a screen-free experience, as well as a word-free experience, relying instead on graphical symbols that differentiate various coding blocks.

The company has won several awards, including the Reddot Design Awards and IDEA Awards. Whether it can eat market share from better known competitors like Wonder Workshop remains to be seen. Price is a perennial Achilles heel in this space, with parents hesitant to shell out on toys they aren't sure their kids will continue to use.

This AI-powered prosthetic hand is bringing design and style to a life-changing product
The best robot vacuums available now
Why do college kids get all the cool robots?
The 5 best robot mowers: Hands-free lawn care
Editorial standards
Show Comments
Log In to Comment Community Guidelines

iRobot's robot mop, the Braava Jet m6, is 40% off ahead of Cyber Monday

iRobot's robot mop, the Braava Jet m6, is 40% off ahead of Cyber Monday