It's no secret that Microsoft has been working overtime to try to make Windows 10 more palatable to enterprise users than Windows 8.x was.

Back when Microsoft initially took the covers off Windows 10 in October 2014, officials said they had been talking to enterprise users for a number of months beforehand to make sure Microsoft would deliver an operating system to which they'd consider upgrading.

Microsoft still hasn't made available a comparative feature matrix, like this one it has for Windows 8.1, which shows the set of features that Home, Pro, Enterprise and Education users will get. I've asked company officials when such a matrix might be available for Windows 10. No word back on that so far.

However, we do know that Microsoft intends to sweeten the pot for Enterprise users with Windows 10 on several fronts, according to information the company has shared with its reseller partners.

According to the slide Microsoft shared with partners recently, embedded above at the top of this post, Enterprise users will have the ability to accept only security updates and fixes and delay the delivery of any new features for 10 years (the length of LTSB support). Administrators will have the option of putting different Windows 10 Enterprise users on different servicing branches: LTSB, Current Branch and/or Current Branch for Business. 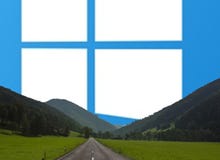 Get Windows 10: Microsoft's hidden roadmap for the biggest software upgrade in history

It's official: Beginning July 29, Microsoft will offer free Windows 10 upgrades to hundreds of millions of PCs. Here's how the Get Windows 10 (GWX) program works.

Windows 10 Enterprise users also will get a number of "ongoing exclusive Enterprise features," Microsoft officials have told partners, including granular UX controla and lockdown; Pass the Hash Mitigations; Telemetry control via Group Policy/Mobile Device Management (GP/MDM); and Device Guard, a new anti-malware/threat protection feature unique to Windows 10. Windows 10 Enterprise users also will be the only group of Windows 10 users to get DirectAccess, Windows to Go, AppLocker and BrancheCache, as is the case now with Windows 8.1 Enterprise.

Microsoft will be making Windows 10 available to existing Windows 7 SP1 and Windows 8.1 Home and Pro customers for free as of July 29. The free upgrade promotion is set to last until July 29, 2016. I'm not sure whether Enterprise users also will be able to move to Windows 10 Enterprise starting July 29, 2015, or at some later date. (I've asked for clarification.)

Join Discussion for: What kinds of exclusives will Microsoft offer...