Let’s start off with a question: what is Austria most famous for? You might cite a certain episode involving Franz Ferdinand von Österreich-Esten, or how about its status as the birthplace of Mozart, Arnold Schwarzenegger and the Red Bull drink? Hopefully you might be more chilled out and say that Austria is famous for Apfelstrudel and clean air. Wherever you stand – this week we hope it’s famous for hosting Intel’s ‘Parallel Universe’ Software Conference 2009 in Salzburg. 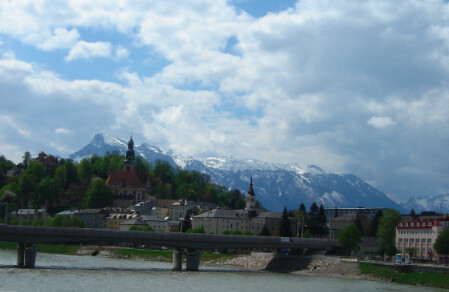 ' A view of the old town in Salzburg – blogger’s own image.

I came in a day early on an Easyjet 7am special with only 27 others to get a day to wander around the city and drink in (literally, of course) its atmosphere. It seems like a quiet and relatively conservative kind of a place (most of it is shut on a Sunday), but then maybe that’ll allow me to concentrate on the business in hand. That is to say; parallelism, multicore compute structures, concurrency and the resultant developer challenges that these new paradigms throw up.

I missed last year’s event, but attended the 2007 conference when Intel’s chief software evangelist James Reinders took time out with the audience to explain the nuances associated with threading and some of the more basic principles of multicore. Dr Dobbs Journal’s ‘celebrated’ editor was also there to give the same parallelism speech I saw him give at three other events later that year themed around Second Life and why the Linden Labs team need such a vast server farm driven by, guess what, multicore technology.

I imagine that that this year the discussion will have moved to a more practical level. Reinders’ keynote speech suggests that it will as it is entitled, “The Power of Multicore: Easing Parallelism for Mainstream.”

Indeed, ZDNet.co.uk itself is hosting a series of videos here to explain the intricacies of making parallelism work in your own development environment through the use of abstraction techniques, which provide an arguably less painful alternative to dealing with the with low-level details of parallel systems themselves.

I’m just waiting for someone to take me aside this week (it’s just a two-day event actually) and tell me that parallelism is nothing new and that IBM has been using these techniques at the server level for decades. Should I say, “Why isn’t everybody doing it then?” If I do, I’ll bet you the answer will be that there is heaps of it going on and it works faster and better than ever before.

The problem I think will be for those developers who feel they would have to re-engineer such vast chunks of existing systems (that currently work ‘really’ quite well thank you), that the impetus to go through the parallel pain barrier will simply not exist or even start to develop.

The argument from Intel will be stated thusly, “Until recently, parallelism wasn’t essential for many applications; performance improvements came mostly through increasing clock rates and power consumption. Today dual-core and quad-core processors are the norm from the server to the desktop. This is a game changer for all applications. Now parallelism is on the minds of every software developer."

Is that true for you? It seems like a fairly solid argument to me, but I don’t think it has quite the ‘street level’ impact that Intel would like it to have. That’s not to say that it won’t have soon of course, perhaps we need to see more performance analysis data before we’re truly convinced? Microsoft, for their part, will also be here to encourage by detailing common parallel language extensions and libraries for expressing parallelism. Useful, it is argued, for developers who would like a standards-based approach for languages and libraries.

The hosts for this event will be hedging a bet on the Intel Parallel Studio toolset designed for Microsoft Visual Studio C/C++ developers. This has a Composer element designed to handle compile and debug tasks, an Inspector element for proactive memory and threading error checking and an Amplifier element to identify bottlenecks. You can read a CNET review of the product just here if you want to know more.

Given the theme I have taken with this blog. I will do my best to report from the sessions and will look at this one in particular. “Now there’s an Easier Way to Optimize Windows Apps for Multicore by Heinz Bast, Application Engineer, Software Development Products, Intel Corporation.”

Anyway, I’m keen to get on with the event now. So far I’ve seen plenty of tacky Mozart memorabilia (actually, I didn’t know he was dead) and lots of ‘Sound of Music’ tour specials offering me a “real Von Trapp experience”. The only technology I’ve managed to spy so far is shown below. So let’s fire up the PowerPoints and get stuck in. 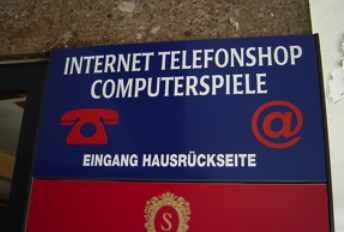