What you can expect from Android O

Android O is almost ready to go, and thanks to Project Treble, more users than ever will get the newest version of Android.
Written by Steven Vaughan-Nichols, Senior Contributing Editor on July 25, 2017 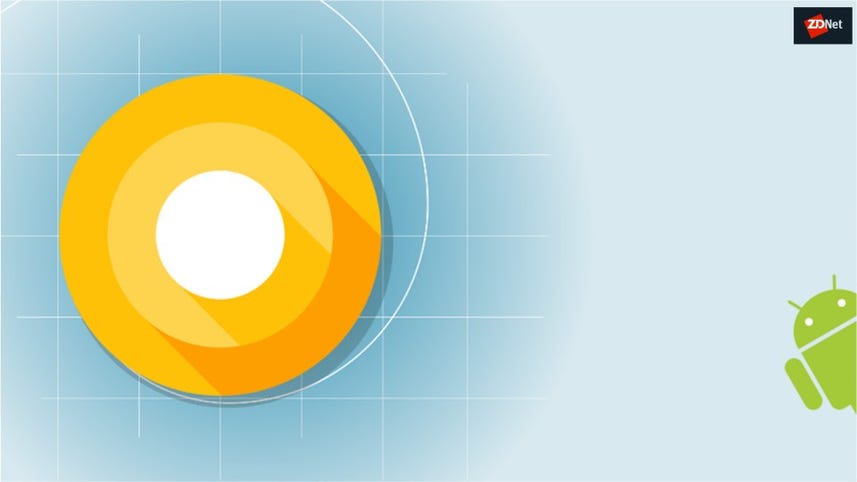 The next version of Android, still just named "O" for now, is almost here. The Android O release candidate has just been released. And, unlike earlier Android releases, more users than ever should be able to use the new Android, thanks to Google's Project Treble.

This change, which is being added in Android O, is actually this release's most important new feature by far. While it will be invisible to users, it'll enable smartphone vendors and carriers to bring new releases of Android to smartphones in weeks or months instead of the months and years (or never) we now see. It's also expected to reduce Android fragmentation.

A new stable vendor interface between Android and the vendor's hardware implementation bridges the gap between operating system and firmware. With this stable interface providing access to Android's hardware-specific parts, device makers can deliver a new Android release to consumers by just updating the Android OS framework with no additional silicon coding.

In a Reddit Ask Me Anything (AMA), the Android O development team said, "We're working closely with device makers and silicon manufacturers to both get required Android customizations (such as carrier-specific requirements) into AOSP, and reduce their cost and complexity when updating to the new version of Android. For example, Sony and Qualcomm have already contributed dozens of features and hundreds of bug fixes into AOSP [Android Open Source Project) so they no longer need to rework these patches with each new release of Android."

Here's what you can expect from Android O:

The only people certain to get the release are using Google phones. Specifically, you'll get it on the Pixel, Pixel XL, Nexus 6P, Nexus 5X, the Pixel C tablet, and the forthcoming Pixel 2

Faster boot and application start times - Google promises that with Android O, you'll see faster boot times and applications launches. Overall, Android O will have snappier performance from the same hardware than what you're seeing from devices running Android Nougat.

Picture in Picture (PiP) mode - With Nougat, you can already run apps in split-window mode, but this enables you to have an app that supports it running on top of another app. So, for example, if you want to watch a YouTube video while downloading files, you can do that.

Improved battery life - Who doesn't want more battery life? Android O uses restricted background activities to squeeze out more minutes. This de-prioritizes background functions. This is in addition to improvements to Doze, which turns off idle applications. The net result could be as much as an hour or two more of battery life.

Contextual press-to-act options - I'm looking forward to this one. Android O will learn what you want to do when you click on information in an application. Say, as I did yesterday, I had to copy and paste an address from an email and then paste it over to Google Maps. It's doable, but it's difficult. After I do it a time or two on Android O, the system will work out I want to use Maps to get directions when I press on an address, and it will automatically start me on my way.

Improved Bluetooth audio - Tired of sub-par Bluetooth audio? Android O comes with native support for LDAC, Sony's hi-res Bluetooth audio codec. With a bitrate of up to 990Kbps, LDAC promises to be close to lossless audio codec quality. Other changes will give audio application developers more control over sound quality. The end result should be better audio for all of us.

Notification Dots - Variations of this are already on custom launchers such as Samsung's TouchWiz. With this, when a new alert or message comes to an application, an alert message appears over the icon. For example, I can tell at a glance on my Samsung Galaxy S7 that I have 17 unread messages in my email. Google is building this into Android O. In addition, if you long-press the icon, a pop up on the launcher window gives you a list of actions to deal with the notification. Yes, let's ignore those inbox messages for now.

This combination of features will make Android even more a pleasure to use. The real improvement, as I mentioned earlier, is that with this release users will finally have a chance to use the most recent version of Android without having to buy a new phone.