When Open Source is Not Enough

Given more space, the title of this story should really be: There Is No Such Thing As A Free Lunch Forever: When Open Source is not Enough For Extended Mission Critical High Throughput Application Environments. But that's not very snappy is it?
Written by Adrian Bridgwater, Contributor on May 28, 2010

Given more space, the title of this story should really be: There Is No Such Thing As A Free Lunch Forever: When Open Source is not Enough For Extended Mission Critical High Throughput Application Environments. But that's not very snappy is it?

I'm involved with two separate projects to discuss this argument right now, both of which seek to examine the tipping point at which open source 'free' software is of little value unless it is backed up by the "support and maintenance" contracts that the vendors are keen to serve up hot and fresh from the kitchen.

There's a side argument here that discusses the point at which open source software is not open enough. So for example, this is criticism of Sun for keeping the development path of Java too close to its chest. Only a true optimist would argue that this should be any better under Oracle. Google's closed Android community comes under similar fire, but let's move on.

So who is talking about the free-to-commercial trade off?

Thinking about meeting Jonathan Schwartz for the first time at JavaOne, he said something close to, "Look, the software is free – when you need support, we'll be there to sell it to you."

Novell is similarly on stand by to sell you a "maintenance" package stuffed full of update goodies and enterprise-friendly services. When you can come up with the dosh that is.

Yesterday I met with Intelligent Mail Processing company SendMail who may well typify this balancing point. Born out of the open source Sendmail.org, today the customer facing side of the company in the form of Sendmail.com is the only viable enterprise level option for implementation of its Mail Transfer Agent – although the agent itself does remain open source.

So hang on. Isn't that a bit like giving away free pushbikes with flat tyres and no pumps? 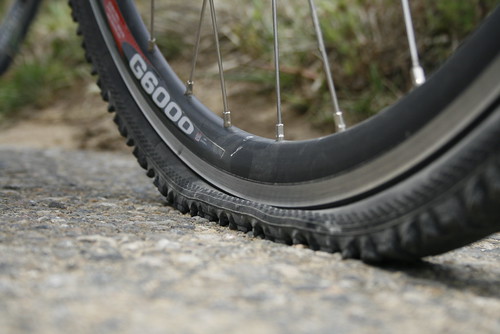 The problem is you see that while the core of the product that performs the mail processing is open source, a company could theoretically use it to develop their own internal system to carry out policy-based controls upon email. But this type of technology is typically used in a bank or some other large organisation where the complexities of recruiting and managing a staff base to do this work are prohibitively expensive. There is also an argument to say that it pulls the focus of the business away from its core competency i.e. being a bank.

Mail processing (for the record) is often needed in the case of corporate mergers where different email domains are used by two previously unconnected elements of a business – but the company now needs to present one new single face to the outside world.

This is a popular topic right now I feel. Open source is gaining ever greater ground in the enterprise space and yet some CTOs may still think that this means it is free.

Pick your own title!