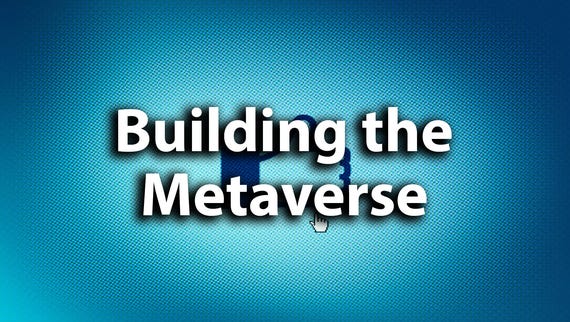 When one of the biggest and most powerful companies in the world decides that the metaverse is definitely going to happen, it doesn't matter how weird the CEO looked in a fake environment, the push will be on.

While the Zuckerberg presentation was as glamorous as a rendered videos go, the real meat behind shifting to the metaverse was discussed soon after by consulting CTO for Meta-owned Oculus John Carmack, who is a long-term VR/AR enthusiast.

"I have been pretty active arguing against every single metaverse effort that we have tried to spin up internally in the company, even from pre-acquisition times," he said.

"I want it to exist, but I have pretty good reasons to believe setting out to build the metaverse is not actually the best way to wind up with the metaverse."

Carmack said his worry was Meta could spend years on the problem and wind up with something that doesn't contribute much to the way people use the devices that will be used to access the metaverse. However, he thought there were early signs that Horizon Workrooms was better for users than staring at a wall of faces in Zoom.

The gaming legend returned for a Q&A session based in Horizon, and I hope it looked good with VR goggles on, because it was not impressive to watch on replay. Legless people unable to grip a microphone correctly is not a description of a pre-COVID karaoke night, but apparently a vision of our near future.

Days later, Microsoft arrived with its vision, so it is not as though Meta is alone in this.

While the metaverse is slated to be the next version of the internet, it will be born in a completely different environment. What became the internet was able to be fostered through universities and public money, with a sense of common good weaving its way though.

For the metaverse, it's going to be born in a world of unbridled surveillance capitalism, where corporations will try to create the ground rules, and own the natural monopoly on offer, while governments attempt to regulate it in an effort to reduce potential harms -- sometimes to citizens, sometimes to the economy.

The battle between W3C and WHATWG over HTML standards shows the power the tech giants can wield.

There isn't going to be a consortium for the metaverse; its future will get decided in board rooms and the options look rather bleak.

Given the track record of Facebook, and the opportunity for Meta to own the device used to access the metaverse, having it dictating the shots would be one of the few ways to make it worse.

Google would surely love to be able to literally know exactly where each user is looking and be able to serve up some relevant ads, as would Amazon, and Microsoft would probably create a ham-fisted metaverse that made LinkedIn look restrained and somewhat normal.

Apple might create a picket-fence Disneyesque metaverse, but unless a massive cultural change happened in Cupertino, it would restrict it to users of its own hardware.

Perhaps Microsoft already has it in Minecraft, Epic Games might have the seed in the form of Fortnite or Unreal Engine, or even Nvidia could have it with its Omniverse.

Unless a very determined unicorn appears that is able to somehow resist massive buy-out offers, the usual suspects are set to have a massive influence on how the metaverse fundamentally operates.

From the other side of the fence, governments will be looking to extend their current proposals, and given people such as Australia's esafety commissioner are completely in favour of the sort of proactive scanning of user devices preferred by Apple, the outlook is bleak.

Between careless tech giants and governments, the metaverse could be the biggest privacy-destroying machine humanity has yet created -- and you still might not even have legs.