Why AirPods are the future of wireless audio

Their sound quality may not impress audiophiles but Apple's odd-looking wireless earbuds set a new experience standard for connections that the industry should embrace.
Written by Ross Rubin, Contributor on Dec. 19, 2016

The iPod's original design, which housed a 5 GB hard drive, a full-size FireWire connector, and a monochrome LCD filled with lists, seems laughably clunky compared to today's sleek smartphones. Indeed, in the colorful silhouette commercials and print ads that came to be strongly identified with the pioneering music device, the iPod was minimally flattened with far more emphasis placed on Apple's signature white earbuds.

Those earbuds and their EarPod successors formed an enduring link in Apple's portable music legacy, but ones that reached the end of their road with the introduction of the headphone jack-free iPhone 7. While Apple is not the only phone maker to have scrapped the jack, its influence has caused both established headphone companies and well-received newcomers to rethink their approach. Sure, Apple still throws in a pair of wired EarPods along with the iPhone along with an adapter bound to find its way into the great void before long. But the real headphones that Apple designed to be used with the new iPhone are the AirPods, the wireless earbuds that just became more broadly available, saving them from "white whale" -- or at least white iPhone 4 -- status.

Like several other "true" wireless earbuds (where the buds are not tethered to each other as with the popular LG Tone series), the AirPods come in their own charging case. Unlike other Bluetooth headsets, the AirPods don't have to go through a traditional pairing process. There's no trip to the Settings menu, holding down power buttons to enter pairing mode, soothing voice or flashing light indicator to tell you a connection has been made.

Rather, after charging the case with a power source-connected Lightning cable and flipping the case open in the vicinity of the iPhone, a screen instantly pops up signaling that the AirPods are ready to use and how much battery life each one has as well as the charging case. It is the most seamless wireless accessory process ever created.

Apple receives a lot of criticism these days for not entering new categories. The AirPods certainly don't represent one of those. But they represent some of what Apple does best. After hanging back for a while, the iPhone maker has leapfrogged the NFC-based Bluetooth pairing process that had offered an advantage to Android and Windows devices that support it. Despite using an NFC chip for Apple Pay, Apple has not opened access to it to developers or used it for any tasks beyond Apple Pay. But what it has done is used the capabilities of its own silicon -- the W1 chip -- to make the process about as seamless as possible. They represent the best thought-out first-party accessory for a product since the Surface keyboard.

Also, as might be expected, Apple has passed on some of the fancier features that other earbud companies have sought to integrate with varying degrees of success. These have included all kinds of noise cancellation, fitness monitoring and sound enhancement tricks. As their design hints, the purpose of the AirPods is to provide something at least as convenient and expedient as the EarPod experience -- nothing less, albeit for much more.

The magic of the AirPods comes from its use of Apple's W1 chip, which Apple also uses in some of its Beats wireless products. Apple hasn't yet stated whether it will license the chip to others. Doing so would not only represent a lucrative revenue opportunity but greatly expand the optimized choices available to iPhone users. Regardless, though, the tantalizing AirPods experience offers a model for what the rest of the industry should strive for in future versions of standards such as Bluetooth or 802.11ad, the latter of which has the opportunity to revolutionize how computing components connect with each other. 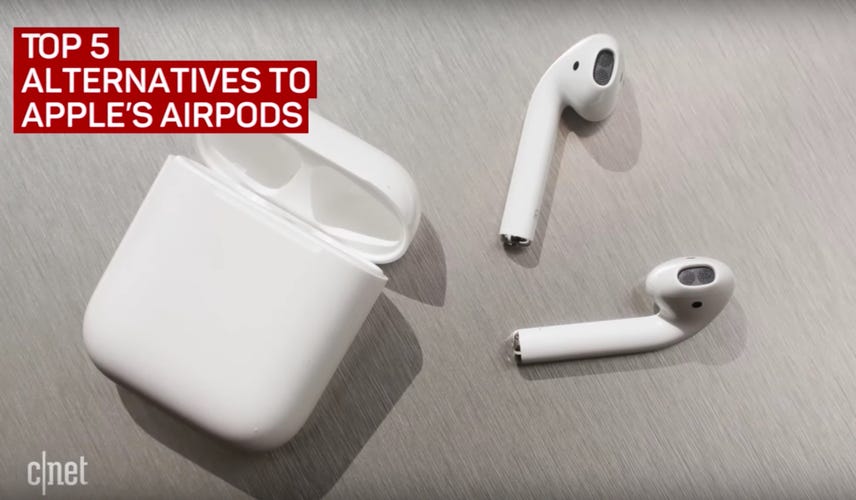