By Adrian Kingsley-Hughes for Hardware 2.0 | February 11, 2013 | Topic: BYOD and the Consumerization of IT

The new iOS jailbreak tool evasi0n has been used by millions of iOS owners to remove the limitations that Apple placed—for security and anti-piracy reasons—on the mobile platform. 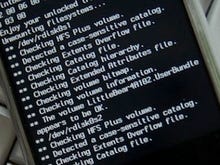 Does jailbreaking or rooting devices, and BYOD mix?

The short answer is no. The slightly longer answer... definitely not.

But what are jailbreakers hoping to achieve from jailbreaking their iPhones and iPads?

Look at the numbers. It has been reported that the evasi0n jailbreak tool was used to unlock more than 7 million devices in the first four days following its release. That's a lot of new jailbreakers, but it is not unexpected given that evasi0n was the first tool to be able to unlock the iPhone 5, iPad 4, iPad mini, and the fifth-generation iPod touch.

Since their release,  Apple has sold millions of these devices , and a good proportion of these are going to have ended up in the hands of people who had previously owned a jailbroken iOS device.

Given the popularity of Apple's recent crop of iOS devices, along with the overall popularity of jailbreaking, I'm not surprised there was pent-up demand for a new jailbreak tool.

It's apps that drive the sales of iOS device, and it is access to even more apps that is the primary reason why people jailbreak. There are some 775,000 apps in Apple's App Store, which sounds like it should be enough for anyone, but Apple places artificial—and at times arbitrary—restrictions on what the apps can and can't do. These restrictions don't apply to apps from unofficial application sources such as Cydia.

For the app or customization junkie, jailbreaking opens up a whole new world, giving owners access to apps such as SBSettings, WinterBoard, Nitrous, and Dashboard X.

Another reason why people jailbreak their iOS device is in order to be able to fix—or at least alleviate—bugs. I've come across people who jailbroke their iOS device in order to fix Bluetooth bugs, audio hiccups, and even to allow them to patch security exploits and zero-day vulnerabilities.

Jailbreaking to fix bugs seems odd to me, since the jailbreaking process itself can introduce more bugs that it solves. However, for show-stopping bugs, it can offer a short-term solution to a significant problem.

For some, jailbreaking is a freedom issue. They see their iPhone or iPad as their device to do with as they want, and don't appreciate Apple putting measures in place to limit what they can or cannot do with their purchase.

As strange as it seems, but I've known people jailbreak an iOS device and never install a third-party app onto it.

There's a dark side to jailbreaking: piracy. While I don't want to give the impression that every jailbreaker downloads pirated software—they don't—but that doesn't change the fact that Apple faces a big piracy problem, because the company generates take a 30 percent slice off each paid app.

On the one side there are the hackers who crack apps in order to make them available for free, and sometimes adding malware in the process, and on the other side we have the end users who want access to paid apps for free.

Given the demand for jailbreaking, it is clear that an increasing number of Apple customers are not satisfied with what iOS currently has to offer and are turning to third-parties to fill in the gaps. It's obvious that the limitations Apple is putting on the apps that it is allowing into the App Store is pushing people to jailbreaking, a process that not only removes security measures from people's iPhones and iPads—especially if these devices are going to be used in a business environment—but also puts hundreds of thousands of pirated apps within arms reach.

It is clear that Apple is failing when it comes to striking the right balance between security and features. This is something that the company needs to address over the coming months. Either that, or make it even harder to jailbreak.