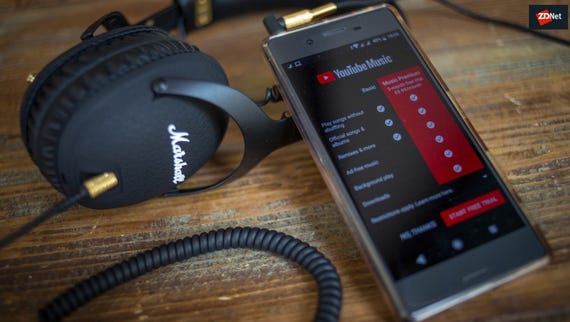 YouTube to challenge Spotify and SoundCloud dominance down under: Roy Morgan
Watch Now

Despite media coverage suggesting "mature" vloggers (anyone over 40) are up and coming in the beauty sector, there are not many successful YouTube channels that showcase skills, talents, and passions hosted by those over 60 years old.

"Wisdom" ambassadors seem to be in short supply on YouTube. It could be that men and women aged over 60-plus do not use the internet as much as younger generations.

Coalville, UK-based provider of daily living aids and community equipment NRS Healthcare has discovered there is a lack of of successful YouTube channels hosted by people aged 60 and over.

The Office for National Statistics reports that recent internet use in adults aged 65 to 74 has increased from 52 percent in 2011 to 80 percent in 2018, closing the gap on younger age groups.

With a huge increase in older adults on the internet, and research showing that YouTube reaches 95 percent of online adults aged over 55 in a month, why aren't we encouraging older generations to start their own YouTube channels?

Research shows 75 percent of adults turn to YouTube for nostalgia rather than tutorials or current events. Wisdom ambassadors could easily pave the way for other "older" YouTubers to share their stories and passions from childhood.

Older people can benefit if they create a YouTube channel. It provides an opportunity to stave off loneliness through connecting with others online, and it keeps brain function sharp by learning new digital skills.

Also: 5 tips and tricks to get the most out of YouTube Music CNET

It is also a great way to showcase existing skills and talents that have been learned over a lifetime, whilst sharing wisdom and knowledge with others. It also provides a legacy that can be watched by loved ones for years to come.

There are some channels on YouTube featuring older hosts that have become successful. Steve Kaufmann is in his 70s and can speak 16 different languages. He is a great example of a "wisdom" ambassador who is using YouTube to share his knowledge with others.

107-year-old Masthanamma's Country Foods channel has gained over 1.2 million subscribers since it was launched on Aug. 19, 2016. She lives in a small, thatched hut in a village called Gudivada, in the Krishna district of Andhra Pradesh, India. She demonstrates her skills in how to cook traditional, cultural meals

82-year-old Shirley Curry's channel has over 330,000 subscribers. Her passion for online games, particularly Skyrim, has been captured in over 700 videos from her home in Rocky Mount, Va., where she both plays and records her experiences

The Grand illusions channel is hosted by 76-year-old Tim Rowett who has spent his life collecting unusual toys. He showcases his favourite toys (from a collection of over 20,000) and how they work in order to enchant his audience of over 850,000 subscribers.

Gramma and Ginga are two independent sisters of 104 and 99 years old, respectively, from Clarksburg, W.Va., They have over 300,000 subscribers on their YouTube channel who listen to their everyday conversations.

"If you are approaching your later years, uploading videos of yourself on YouTube provides an excellent way to stave off loneliness whilst also keeping your mind sharp.

It gives you the opportunity to learn new digital skills whilst also enabling you to impart wisdom on others by showcasing different talents, abilities and opinions - proving just how valuable older generations are to our society."

No matter what your age, if you are willing to share your stories and passions with others, they will listen and respond.

Half of all millennials move abroad for work opportunities -- so where is the best place for them to start a business? A new list reveals where to go.

We are living longer than ever before -- thanks to these tech inventions.

Join Discussion for: Why don't more people over 60 have YouTube...