After more than a decade living my working (and waking) life out of Microsoft Outlook, I (the former editor of OutlookPower Magazine) have finally decided to make the big switch to Gmail.

I first danced with this decision about 18 months ago when migrating off of a small-scale Exchange hosting provider to Office 365 , and at that time, we (my wife and I) made the decision to stick with Outlook. It just seemed to make sense. We'd been using Outlook since we started OutlookPower (before that we used Eudora), and were very, very familiar with the product (both good and bad).

But, as happens every year or so, my incoming email load started to get away from me again, and last week I sat down, attempting to refine my workflow so that I could better manage my correspondence, projects, and responsibilities.

Outlook's rules engine (the system that Outlook uses to sort and file email, like Gmail's filters) started to annoy me again, so I suggested to Denise that perhaps we should switch. Denise is change-averse, and also doesn't really like the Gmail interface, so she strongly suggested I stick with Outlook.

I tried. In fact, I started writing an article entitled, "How I stopped hating and learned to love Outlook again." Except I didn't. The Outlook rules engine broke on me... again.

I get a tremendous amount of email, and have messages going back before the turn of the century in my archive. While I certainly don't access those messages often, I have had urgent occasions where I've needed to dig in and find an ancient message. With storage so cheap and ubiquitous, there's just no need to delete old email.

A new set of rules

I get thousands of PR pitches, newsletters (most I have most definitely not signed up for), security alerts, and other items that aren't necessarily spam, but certainly get in the way of getting my daily job done. I spent an entire weekend last month simply filing the mail in my inbox, only to have 5,000 messages back there this month.

So I decided to take a run at writing a new set of Outlook rules. My plan was to set up a white list system, so only the messages from approved recipients (or people who were in one of a select set of address books) would stay in the inbox, and the rest would be filed into either appropriate folders or a slush bin folder.

I wrote the rules. Now, before you go on thinking I might not know my way around Outlook rules, let me point out that I've probably written more than a dozen articles on using Outlook rules, and over the decade-plus run of OutlookPower probably received at least a thousand reader emails begging for help when their rules misfired.

Rules also used to be limited to only 32K. That is, the amount of text you could use to program ALL your rules could not exceed 32K... including any contact names or mailbox folders. Nowadays, most Exchange servers are configured with a whopping 64K total for all your rules, but some custom PowerShell coding will allow an Exchange administrator to bump it up to 256K (or about half the size of a single Facebook profile pic). 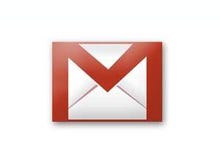 Now, why on Earth should categories be unique to individual machines, and not the server data store? The reason is simple: Outlook is an old program and back in the day, categories were stored on local machines in a settings file and not shared at the server level. While some of desktop-centric settings problems have been fixed over the years, rules that set categories are still limited to running in the desktop application where they were defined.

I no longer use just one desktop machine. All day, I jump between four different desktops, two or three tablets, a Chromebook, and two phones. That's the whole point of the cloud -- access your stuff from wherever and whatever you're using to access the Internet. I can use Evernote and Dropbox and Google Calendar and Pocket perfectly from every device I'm on. Yet my email categories are locked to one machine.

Anyway, one of the known problems (we know it because when OutlookPower was publishing, we got at least two letters on it a week) is that Outlook rules break down when you mix client-only rules with server rules. Sometimes, they run out of order -- no matter how well constructed they are or how expert the rule-maker happens to be.

That's what happened to me. My rules just wouldn't work the way I wanted. What I've always done in the past is delete the rules, decide to just put up with Outlook, manually do what Outlook wouldn't, or change my workflow until it would work with Outlook.

But I'm slipping behind with my email. It's just a total grind to keep up. This time, finally, I decided it was time to stop living in the past and move to a cloud-centric environment.

Gmail integrates with everything, and Outlook.com doesn't.

Don't get me wrong: there are some severe disadvantages to Gmail, not the least of which is the entirely unresponsive tech support (or lack thereof). I considered Outlook.com, which is a far better product that Office 365's Outlook Web Access. Why are they even different services? But Gmail integrates with everything, and Outlook.com doesn't.

There are two other considerations. CBS Interactive (the parent company of us here at ZDNet) and UC Berkeley are both Google shops. Everyone uses Gmail, and many of my co-workers in both organizations often wind up accidentally sending email to my Google Hangouts Gmail address, simply because that's the system they use. If I switch from Outlook to Gmail, I'll be in alignment with the people I work with most. 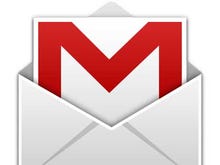 I also use Google Calendar. I standardized on it about three years ago, and it's been an amazingly useful resource, acting as much as a project scheduler as a daytimer. I use an Android phone, but couldn't take advantage of Google Now and other Gmail integration because I've been using Outlook.

In other words, I'm already about pretty entrenched in Google's world as it is, and a bit left out that I can't take advantage of some of the newer cloud-based SaaS trends because I'm stuck in a desktop email application.

The desktop app vs. cloud issue comes up in other ways. Email signatures in Outlook are located locally. So if you use a few different machines and change your sig on one machine, you have to copy the signature files to the other machines. I actually have an entire small chunk of scripting infrastructure that does nothing but keep my Outlook sigs in sync between all my machines. Why should I need to do that?

There are a bunch of these little gotchas that revolve around the fact that Outlook's DNA was as a desktop application. Microsoft knows this. In many of their blog posts, they've bragged about how they extended the features in OWA or Outlook.com, but not the desktop application.

And then you look at what you get with Gmail. Not only do you get Gmail's incredibly comprehensive searching, you also get Google-syntax searches powering filters. You get access to services like IFTTT and Boomerang and Evercontact and Unroll.me and Rapportive, all in the Gmail inbox. There's even a "Send and archive" button you can enable from Gmail Labs. Yes, some of these services also work with Outlook or Outlook.com, but everything works with Gmail.

Since then, I've changed every other aspect of my workflow infrastructure at least three or four times, but email -- the thing I use the most -- is the thing I've let hang on for all this time.

I'm sure I'll be writing rants about Gmail.

I'm aware many of you are concerned about Google and Big Brother, but since I semi-regularly get email messages from friends at the NSA asking me why I'm still awake and have to get government approval when I switch mobile phones (sadly, both true), I figure I'm being watched plenty anyway. Besides, my life is an open book. You know as much about me as they do, and if Google wants to show me more ads about muscle cars, steak, gadgets, and chocolate chip cookies, well... okay. I can live with that.

What can I say? As much as I respect Microsoft and have lived with Outlook for a very long time, sometimes the time comes when you have to move on. I'm not dumping Office 365 (although when renewal time comes, I'll probably drop to the family version), because I'm also a very active PowerPoint user (and because Denise isn't yet convinced she wants to move off of Outlook). But for me, the time is up. I'm moving on.

P.S. Eh, and if it doesn't work out, it's just a week of annoyance to move back.