What is almost as ridiculous as a corporation shutting down after it reaches its goals? A company discontinuing a product while demand for it rages on. Yet that is precisely what Nintendo has done with its NES Classic, a retro product so popular that third-party sellers who have hoarded stock continue to sell for more than two and a half times its retail price. With Nintendo warning that its April shipments will be the last retailers see of the miniaturized seminal game console, prices are bound to remain at least as high for those who did not have the right combination of luck and patience to obtain one.

This ensures that there will be many disappointed Nintendo fans. In November, I offered some possible reasons for the shortage of the Classic, a delightful and affordable bit of nostalgia paradoxically intended for yet largely unavailable for holiday consumption. While the Classic's discontinuation might be seen as a sign that Nintendo hates money, the reverse is true. Nintendo loves green more than Mario loves Peach. Whether scarce by a lack of foresight as Nintendo explains or intentional scarcity as history suggests, the Classic served as a distraction from the company's near-term bet, the Switch, and its long-term bet, smartphone games. Those two endeavors have something the Classic lacked, the potential for monetization far beyond the initial transaction. Simply put, the Classic provided too much value to consumers, even at inflated prices offered by profiteers.

While Nintendo hasn't offered anything in terms of its retro console plans, it notes that it has learned a lot from the NES Classic mini experience. And with announcement-happy E3 coming up in a few months, it would not be surprising to see Nintendo announce a replacement retro console. This one, perhaps based on the Super NES, could allow Nintendo more opportunity to drive revenue during and after the initial purchase.

Such a console could include Wi-Fi as a gateway to Nintendo's Virtual Console, the traditional way it has made its classic catalog available. This would result in a higher price point for the hardware, which could still come bundled with a few games. But it would also allow Nintendo to make a full catalog of its NES and Super NES titles available for purchase.

Indeed, one of the takeaways for Nintendo may not have been the consumer demand for the games the console included, but that hackers were pushing the boundary for even more. Such a product would fulfill, and even extend, all the brand exposure and renewal goals that the original NES Classic offered. And its higher price would have another benefit for the company -- less chance of potential cannibalization of the Switch.

Such a move would run counter to the simple-is-better philosophy of retro plug-and-play consoles that began with the Atari Flashback. But unlike that product and its follow-up miniaturizations of Intellivision, ColecoVision and the Sega Genesis, all produced by AtGames, the NES Classic mini was a product produced by a company that still seeks to thrive in a platform business.

A connected mini Super NES would also run counter to Nintendo's historical approach to console revision. Consider the Wii mini, a derivative of Nintendo's most popular console ever, that lacked any kind of online connectivity. The Nintendo of 2017, though, which blurs lines between home and mobile gaming and has ventured into the previously decried smartphone game market, is more willing to make bold moves. But one thing it cannot seem to make is enough consoles. 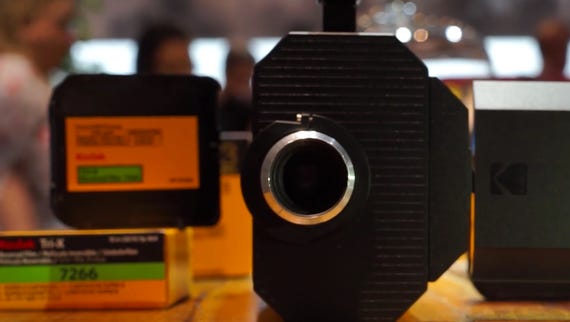 Join Discussion for: Why Nintendo killed the Classic that consumers...