Why the next iPhone will be the 'unofficial start' to 5G

We are still waiting to find out how we will benefit from 5G. A new report says we'll probably soon be using it without even noticing.
Written by Daphne Leprince-Ringuet, Contributor on June 4, 2020 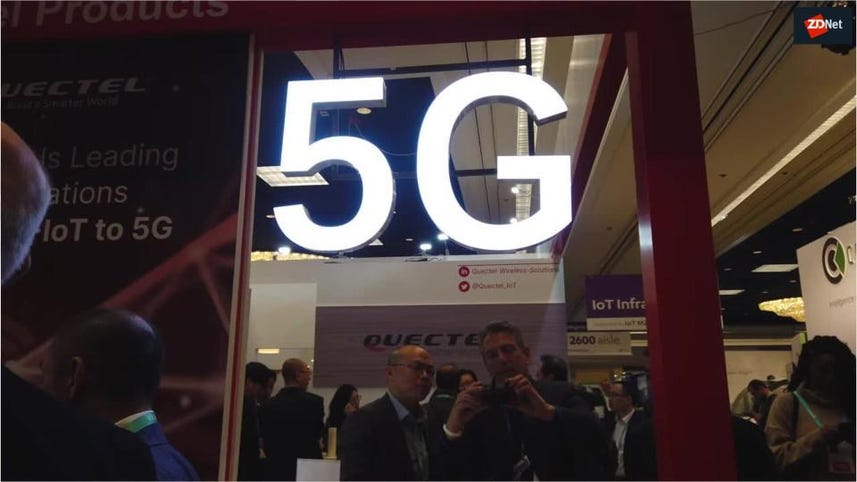 The analyst team behind the report said that their expectations for 2025 were even more bullish than previous forecasts. China, particularly, is expected to lead the growth, with one billion connections reached in 2024.

And unsurprisingly, the resilience of 5G is largely attributed to the highly anticipated release of Apple's next-generation iPhone, which is rumored to be fitted with 5G capability.

Consumers can already purchase high-end 5G-enabled handsets: Apple's main competitor Samsung, for one, launched the $1,000 Galaxy S20 this year, and even a more budget-friendly Galaxy A starting at $600. But although some 5G products are already appearing on the consumer market, nothing marks a trend like the Cupertino giant getting involved.

"Apple will be the unofficial start to 5G," Kester Mann, industry analyst for CCS Insights, told ZDNet. "Especially in countries with high iPhone usage, like the US or the UK, people are very much holding out for the next release. It should give a boost to 5G adoption in the second half of the year."

It is still unclear where the new iPhone will be sitting on the price spectrum (or indeed, even if it will actually have 5G) but the analyst added that it is likely that the 5G market as a whole will be shifting towards more affordable devices. And although the smartphone market is expected to contract in the short-term due to the pandemic, the impact on device shipments over the next few years will be minimal.

As prices tumble below $400, CCS Insights analysis predicts that the global mobile phone market will make a full recovery by 2022. And by then, purchasing a 5G-enabled smartphone will be a no-brainer.

Mann said: "We will see a shift to a mid-tier market, and that'll fuel adoption, because people will buy a phone and it will be 5G-enabled by default. It will be a matter of future-proofing your device: you buy a phone to use for the next few years, and that'll mean that it is 5G-compatible."

So, how will carrying 5G-enabled handsets around in our pockets change our everyday lives? According to Mann, in the short to medium term, not much. Consumers can expect 5G to be, essentially, a better version of 4G: faster speeds, more capacity, better coverage.

It is tempting, on the other hand, to look at the example set forth by South Korea, which has already exceeded six million 5G connections – about a tenth of all connections in the country – and where the technology has been heavily marketed as consumer-oriented.

During lockdown, for example, South Korea's leading wireless carrier set up a 5G baseball streaming service with multiple cameras to let fans watch games from up to 12 angles, from the main screen to close-ups of players, through cheerleaders and detailed analysis of key actions.

South Koreans can also use 5G for enhanced video calls with up to eight people on a platform dubbed Narle, which lets them participate with AR emojis and 3D avatars. In Seoul, two "experience centers" are in the works to showcase interactive cultural content, ranging from K-pop shows to the changing of royal guards ceremony at Gyeongbok Palace, all through 5G connectivity.

Network providers in South Korea have been actively pushing to develop 5G-related content for consumers. But despite the country's resulting success at driving adoption of the technology, Mann warned against expecting a killer consumer app for 5G.

"We talked about killer apps for 3G and 4G, and nothing in particular came to fruition," said Mann. "I'm not sure that looking for a killer app is the right way to go forward. At least for the next couple of years, the real benefit for consumers will be to get a really good, reliable signal in high-density hotspots and urban areas. As boring as it sounds, it's what consumers really want."

Consumers, however, are not the only target users of 5G. The technology, in fact, is often portrayed as a business revolution rather than a consumer development. Mann agreed that the long-term profits might lie in industry, where interest is already taking off in verticals such as mobility or healthcare.

A particular area of interest is the uptake of private 5G networks – a brand-new way of distributing network spectrum, which means that private companies can get their hands on some frequencies and end up with high-capacity networks that they can manage themselves.

In Germany, for example, the government has opened spectrum on some frequencies for private corporate licenses for 5G applications. Mercedes-Benz has already teamed up with Ericsson to create a local 5G network in one of the carmaker's plants in Sindelfingen in Southern Germany. The plant's production systems and machines are connected and operated via a private 5G network, which the company believes is more secure and reliable.

The UK has seen similar initiatives emerge, for example in the North East of England, where water company Northumbrian Water is partnering with network provider O2 to test 5G-enabled AR services via a private network installation. The technology enables senior engineers to assist young recruits remotely when they are dealing with a faulty asset, and is reducing the amount of handling time for operations by a quarter.

As appealing as the promise of 5G seems to be for businesses, it remains that the COVID-19 crisis may result in limited tech budgets for the next few months. A recent analysis from GlobalData showed that companies will be axing non-essential IT projects throughout the remainder of 2020 and into 2021, as a result of the likely recession caused by the crisis.

"Obviously, the focus for businesses right now is to survive the pandemic and support staff," said Mann. "But our long-term forecast is pretty optimistic. The appetite is still there, and might even be higher up the agenda as we move forward."

Mann stressed that if anything, the global pandemic has highlighted the need for better and more reliable connectivity – whether that is at the business or at the consumer level. Although CCS Insights' analyst team recognized that the positive forecast for 5G could change if the crisis persists for too long, the use cases for the technology still stand – and are sometimes even stronger.