Some countries are forging ahead with 5G, but some are already hitting hurdles, says Ericsson.
Written by Daphne Leprince-Ringuet on Feb. 14, 2020 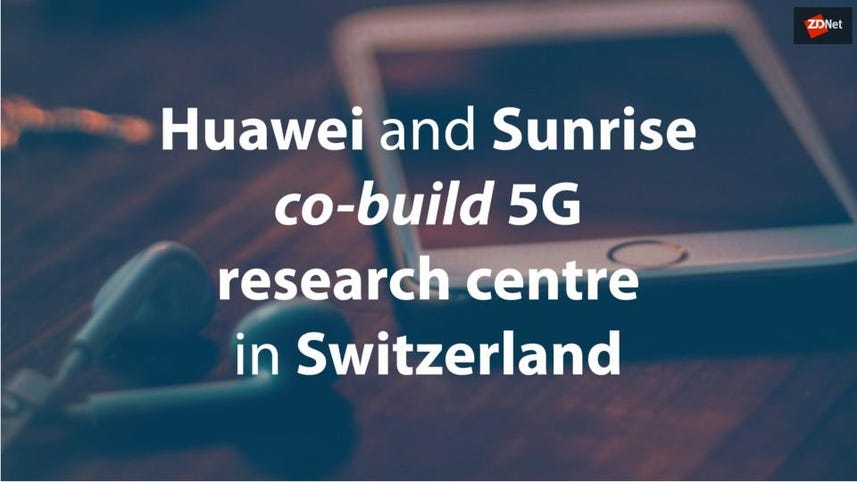 The last 12 months have given the world a taster of 5G; 2020 is when things are getting real, according to network company Ericsson. It predicts that, by the end of 2020, there will be somewhere around 100 million 5G subscribers, and from there, the technology will only scale up: by 2025, it predicts there will be no less than 2.6 billion subscriptions to 5G.

The revolution will be global, but that doesn't mean that every country will benefit from faster connectivity in an equal way. "One thing we can see clearly is that the US and Asia are moving ahead very rapidly," Ericsson's senior vice president Stella Medlicott told ZDNet. "Korea has moved incredibly fast. We are trying to draw the attention of European markets to that."

Ericsson currently has 24 live 5G networks across the globe, of which 11 are in Europe. That is certainly not a bad score; but Korea alone boasts three of the networks, and the US can already claim four.

It's not the first time Ericsson has warned that Europe is falling behind on 5G; it made the same warning last year saying that Europe has "been a little bit slower".

One reason for the gap that was put forward this year by Ericsson is the difference in consumer habits. US and Korean consumers have had better access to 5G-enabled devices and are less sensitive to smartphone pricing, it notes and the two countries, for this reason, have been the driving force behind the 13 million subscriptions to 5G that Ericsson has registered this year. In Korea, 100,000 sites in dense urban areas have benefited from the deployment of the technology.

"What generally starts a technology wave is that it is driven by the consumer," said Medlicott. "So having the devices ready in the US and Korea has made a huge difference in driving the adoption of 5G."

Although consumers have not embraced 5G-enabled smartphones as fast as it might have been hoped in Europe, it would be unfair to say that the continent has completely snubbed the technology. Medlicott points particularly to the efforts towards industrial, rather than consumer, applications of 5G, such as investments in smart manufacturing.

Mercedes-Benz, for example, teamed up with Ericsson to create a local 5G network in one of the carmaker's plants in Sindelfingen in Southern Germany. The plant's production systems and machines are connected and operated via a private 5G network, which the company believes is more secure and reliable.

In even more encouraging news, Ericsson recently partnered with Swiss telecommunications provider Swisscom to switch on a commercial 5G network that is covering 90% of the nation's population as of 2020.

It's not all doom and gloom, therefore, argued Medlicott, and Europe will hopefully see some acceleration in the deployment of 5G. Probably expect a step-by-step process, she added. One thing, however, she was certain of: change won't happen unless the continent starts overcoming obstacles to the technology that are particular to Europe.

"The main barrier in Europe is regulation," said Medlicott. "The technology isn't causing the issues; it's the pieces around it. There are issues with spectrum, of course, but also with general planning to make the deployment of the network easier. So we are trying to work with regulators to demonstrate the value that 5G can bring to the economy."

The cost of spectrum – the radio frequencies required to carry the data you want to transmit – in Europe can be cripplingly expensive for network providers. Spectrum is allocated through an auction system, in which prices easily reach billions of euros in some, though not all, countries. In 2018, Italy sold radio spectrum for operators to run 5G services for a hefty €6.6 billion ($7.1 billion); Germany followed suit last year with a €6.5 billion ($7 billion) auction.

"The auction leaves a bitter aftertaste," Deutsche Telekom CEO Dirk Woessner said in a statement at the time. "The result is a dampener on our network buildout. Spectrum, again, is much more expensive in Germany than elsewhere. Network operators now lack the money to expand their networks."

And that's when national governments have actually freed up the spectrum bands needed to run 5G services. The European 5G observatory finds that up to 96% of spectrum in the 26 GHz band, which is one of the frequencies intended for 5G, has not been assigned in the EU. The organization also reports that half of EU countries still haven't published a national strategy for adopting 5G.

Some countries in Europe are making moves; the UK's networks have all been rolling out 5G since late last year and continue to do so. But while Ericsson may be warning that Europe is dropping behind, and is understandably keen for networks to start investing, for consumers the compelling reason to upgrade to 5G is still to appear. And 5G handsets are still limited in number and expensive, and the industrial applications still in development.

The UK, for its part, recently announced changes to the way it will allocate spectrum in the future, opening local licenses to smaller players to enable the creation of private 5G networks such as the one pioneered by Mercedes in Germany. It is certainly a good start; but on the other hand, the UK is equally struggling to bring full coverage for 4G, with only 66% of the country currently covered by 5G's predecessor. It seems, therefore, that to compete against fast-growing markets in the US and Asia, governments and regulators across Europe will have to do better in the future.

5G
Hacking gets dangerously real: 8 cybersecurity predictions to watch out for