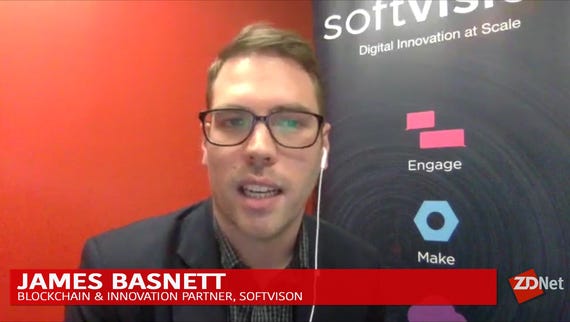 Blockchain has the potential to create upheaval in the way lots of day-to-day processes and transactions are conducted--and banking is one of them.

For example, blockchain -- defined as a "single version of the truth" made possible by an immutable and secure time-stamped ledger, copies of which are held by multiple parties -- could provide people with access to funds without the need for banks.

While it's too early to say if blockchain will revolutionize the banking industry, it most certainly is having an impact.

Experts say blockchain will have a transformational impact on the banking industry. "I see banks adopting blockchain technology to improve efficiency, cost-effectiveness, and security throughout the entire spectrum of financial services," said Param Vir Singh, Carnegie Bosch associate professor of business technologies at the Tepper School of Business at Carnegie Mellon University.

Banks have already started moving in this space, Singh said. "Some of them have already started forming consortiums where they are testing out use of blockchain for inter-bank transfers," he says. "I think the key applications would be in space of payments, fraud reduction, know your customer, and loan processing. Banks realize that there are tremendous incentives to streamline and automate their processes through smart contracts."

PNC bank is collaborating with Carnegie Mellon through the PNC Center for Financial Services Innovation to figure out what solutions a bank could provide on a blockchain -- through the CMU Coin initiative, a cryptocurrency test bed at CMU -- and also what internal processes of a bank can be improved with blockchain technology.

Also: Why VMware is involved in blockchain

For many, though, blockchain efforts are on hold. The banking industry is heavily regulated, Singh noted, and as a result banks are playing a waiting game for regulations to emerge before they make a big move.

For mainstream adoption in the industry and for blockchain to be a scalable solution for banks, it "has to be built with a critical mass of ecosystem players," said Kapil Bansal, a managing director with Deloitte Consulting's banking and capital markets sector. "It's unclear what benefits blockchain [can] deliver in a single bank environment. The nature of blockchain technology lends itself to be leveraged for solutions that are multi-party platforms."

Therefore, it's critical that several market participants also agree on common standards before a blockchain solution can be implemented, Bansal said.

A replacement for banks?

Although the impact of blockchain on banking could potentially be significant, experts don't expect it to replace traditional banking for transactions such as lending anytime soon -- if ever.

"Blockchain technology still has a lot of limitations due to tradeoffs between scalability and security," Singh said. "The technology needs to evolve significantly before it starts making a serious impact." On the other hand, there is a lot of uncertainty regarding regulation related to blockchain technology.

Also: Finding a job or saving democracy: Blockchain to the rescue?

"The regulation on blockchain technology, particularly in financial services, need to emerge before we see large-scale adoption by banks," Singh said.

How Blockchain Will Disrupt Business Blockchain has the potential to rewrite the economy and change the balance of power across industries. It also has specific uses for the enterprise.

It's much too early to say whether blockchain will replace aspects of banking, said Rajesh Kandaswamy, research director at Gartner Inc.

"The technology has potential, but the adoption rate is so little worldwide," he said. "The hurdles are that the current systems -- institutions, processes, culture, and technologies -- have massive network effects and might not have the incentive for radical change."

The original hope of blockchain technology was that it would reduce transaction costs and make micropayments possible, and as a result bring under-banked or unbanked individuals into the system, Singh said.

"However, as we have started to understand blockchain technology better, we have also come to realize this would not happen," Singh said. "A blockchain is made secure through a consensus mechanism. As the computing power required to contribute to the consensus mechanism increases, the blockchain becomes more and more secure -- unless the computing power required is so much that it may lead to centralization, in which case the blockchain would fail."

Also: What CIOs need to know about getting started with blockchain TechRepublic

Could blockchain prevent people from lying about their incomes on mortgage applications?

"A blockchain-based automated system that tracks all income and other financial information, yes," Kandaswamy said. "But that could be done with other technologies as well."

Another question that needs to be asked is if a bank decides to alter the ledger, who can stop it?

"There is no one answer to this," Kandaswamy said. "It depends on the context of use of blockchain. If it is an industry consortium, they might not be able to unless it is validated by others."

Also: Someone wrote a kids' book to explain bitcoin and blockchain CNET

In the end, a blockchain provides its code in public. "We trust a blockchain because we trust the code, which has all the checks and balances to ensure trust," Singh said. "If a bank launches a blockchain where it holds all the power for updating the ledger, I don't see people adopting it. In the end, regulators need to create clear guidelines for banks for using blockchain technology."

Is block lattice -- a technique used by digital cryptocurrency Nano aimed at providing a platform for instant transactions with no fee charges -- better than blockchain?

The other key difference between a blockchain and a block lattice is that in block lattice, each user account has its own blockchain and they transact by interactions across blockchains, Singh said. "This is an interesting concept," he said. "We will see how it performs once it is rigorously tested in the open like a bitcoin."

9 reasons to be cautious with blockchain

Blockchain appears to be one of the most highly secure networks conceived. Still, there are multiple points of vulnerability, as recently called out by a group of researchers.

The 6 best blockchain jobs of the future TechRepublic

Join Discussion for: Blockchain: The end of banking as we know...