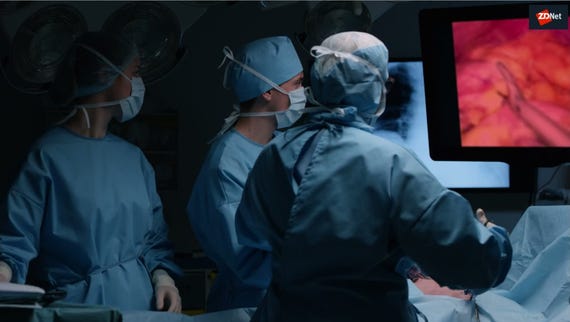 With bot-to-bot communications becoming common across many industries, are we ready to fully accept robots in our day-to-day lives?

Do you fear that a Westworld scenario of intelligent robots malfunctioning and killing people may happen one day? Survey respondents in the UK certainly seem to think so.

According to a study from quality specialist SQS, 62 percent of UK adults believe that artificial intelligence (AI) is better saved for Sci-Fi and are adamant it will eventually destroy human life.

And 72 per cent of Brits with an interest and understanding of technology believe that the technology behind AI is likely to fail, resulting in robots destroying us all.

It does not seem that we are ready for robots yet -- even though chatbots and other AI devices are already in our homes.

Thanks to TV, film, and regular AI failure news stories, we seem to have a doom-and-gloom attitude towards AI. But 77 percent of us think it will be normal to have a robot in our home within 20 years.

We are still doubtful about at self-driving cars and household robots. While safety is of paramount importance to three-quarters of respondents, 66 percent are concerned a self-driving vehicle would crash if they were in it.

Only 28 percent believe they will be better or safer than a human driver. We like to feel that we are in control.

The SQS study also showed that despite 60 per cent of respondents agreeing that a home robot would save them time on their household chores, 76 percent of Brits do not believe that home robots are safe.

Over half of respondents are concerned they could be easily hacked and would therefore not purchase them in the future.

While autonomous vehicles are creating a lot of news right now, consumers are not fully on board with the concept yet, according to Finn Partners.

Over half of Americans under the age of 45 were more likely to give a response between six and 10, with one-quarter giving nine or 10.

Many consumers are skeptical about the role of intelligent robots and technologies in their day-to-day lives. Although three out of 10 of us want robots to handle the chores at home, the threat of hackers targeting AI devices could prevent us from buying these devices.

The lack of consumer trust in AI and the technology itself may have been compounded by Hollywood and TV in films and series such as Westworld, I, Robot, and Humans.

If these trust issues are not solved, AI may not progress in the way AI manufacturers and organisations hope. Products might not be adopted in households and progress will stall.

Feeling in control plays an important role in our decision to adopt this type of technology. People want to feel in control of their lives and devices.

Emerging technology -- like driverless cars -- can evoke feelings of risk and loss of control. It is not surprising to see that privacy and security are our top concerns.

Our perceptions regarding the overall safety of AI products need to change before robots can truly become part of our daily lives.

To make sure we feel confident enough to embrace this technology, businesses which manufacture, sell, use, and promote AI should make sure that the software is fully protected against hacker attempts, threats, or indeed, robots turning on us and destroying human life.

Your mobile devices and Amazon Echo are already AI enabled. Siri, Cortana, or Alexa are waiting to obey our instructions -- if only we would let them.

Join Discussion for: Will robots ever really become part of our...