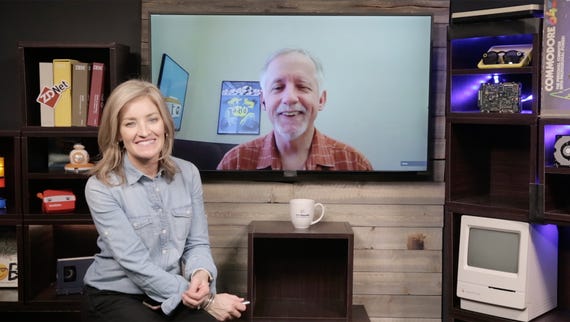 Microsoft's original promise for Windows 10 was that "Windows as a service" would make life with your PC simpler. Instead of the disruption (and cost) associated with a major upgrade every three years, you could expect those big changes to be broken down into smaller update packages that would arrive, free of charge, roughly twice a year.

That's not exactly how it worked out.

The first few Windows 10 feature updates turned out to be more like full-sized upgrades: time-consuming to install,  disruptive to productivity, and difficult to postpone or manage, as my readers were not shy to point out.

The upgrade pain reached its peak with the November 2018 Update, version 1809, which earned the dubious distinction of being the only feature update to be pulled from Microsoft's servers as the company worked to fix a data-destroying bug. It was five weeks before the update reappeared.

Since hitting that nadir, Microsoft has changed its ways, big time.

Each new Windows 10 feature update is supported for a minimum of 18 months. Enterprise customers who install the H2 update (typically released in October or November) can take advantage of an extended support calendar of 30 months.

Now, with version 2004 just around the corner, anyone responsible for managing Windows 10 PCs has to approach this new update with some trepidation. It appears that Microsoft is being ultra cautious with this update. It's been available as a preview release for nearly a year, or roughly twice as long as normal, and the final major build, 19041, arrived in the Windows Insider Slow ring before the end of 2019, much earlier than usual.

To get some idea of how the update process will work, I spent last weekend connecting a half-dozen Windows 10 PCs to the Slow Ring so that they could get a preview of the upcoming version 2004 update. The results were encouraging.

Most of the process of downloading and installing a feature update now takes place in the background. On my test systems, the download took up just over 3 GB of disk space, and after the preliminary installation work was complete I saw this notification.

Instead of scheduling a restart, I chose the Restart Now option and timed how long the final phase of installation took from start to finish (fully signed in at the Windows desktop).

On three systems equipped with SSDs as primary storage, the average time required was exactly 7 minutes. Ironically, the fastest finish, hands down, was on a nearly seven-year-old Dell XPS 8700 desktop PC built in June 2013.

I was curious how much longer the update process would take on a system with a conventional hard drive instead of an SSD, so I reconfigured that old PC with the hard drive it originally shipped with and ran the test again.

This time, the final update took more than three times as long, requiring me to wait more than 17 minutes before I could get back to work. The background phase of the installation took much longer as well, with the system struggling to keep up as the hard disk chugged away while downloading and installing the new system image.

Based on that experience, my recommendation for anyone who plans to install this feature update is to take advantage of that Restart Tonight option. That's especially true if the target system is relatively old and slow. On a modern PC with an SSD as the primary system storage, you should be able to complete the update in about the time it takes to get a cup of coffee.

If you've already updated to version 1903 or 1909, you can postpone that process for several months, at least. And given the history of recent feature updates, that might be the smartest strategy of all.

How to perform a clean install of Windows... SEE FULL GALLERY

Join Discussion for: Windows 10: How long will your next feature...