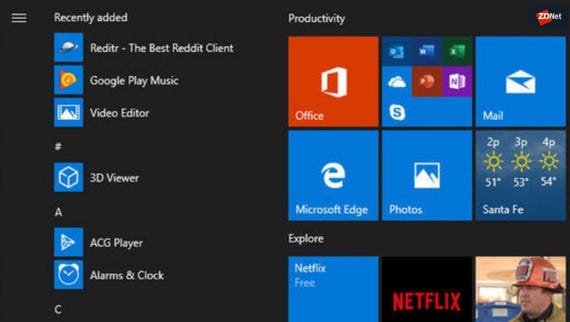 Microsoft has decided not to remove its built-in Paint app from Windows 10, despite announcing plans to do so and leave it available in the Microsoft Store.

The company revealed its decision to remove the Paint app from Windows 10 in 2017. However, Brandon LeBlanc, a senior program manager on the Windows Insider team, yesterday said it will in fact come with the soon-to-be-released Windows 10 version 1903.

"Yes, MSPaint will be included in 1903. It'll remain included in Windows 10 for now," said LeBlanc on Twitter.

The comment suggests Microsoft still plans to exclude the Paint app from Windows 10 at some point in future.

The Paint app was listed as a 'deprecated' feature in the Windows 10 Fall Creators Update but it would remain available through the Microsoft Store. Microsoft planned to integrate Paint's features into the Paint 3D app.

After widespread reports of the popular app's removal, Microsoft issued a statement clarifying that the app would live on in Microsoft's app store "for free".

In recent builds of Windows 10 version 1903, Microsoft had been warning users that the feature was deprecated, but that message has now disappeared.

It's not known why Microsoft decided to keep the app or how it plans to proceed with the Paint app, which Microsoft said was used by more than 100 million people.

While Paint will live on in Windows 10 1903, the company has proceeded with removing Sets, a Windows-management feature for grouping data, sites and other information in tabs. Microsoft says it is evaluating the feature's long-term future.