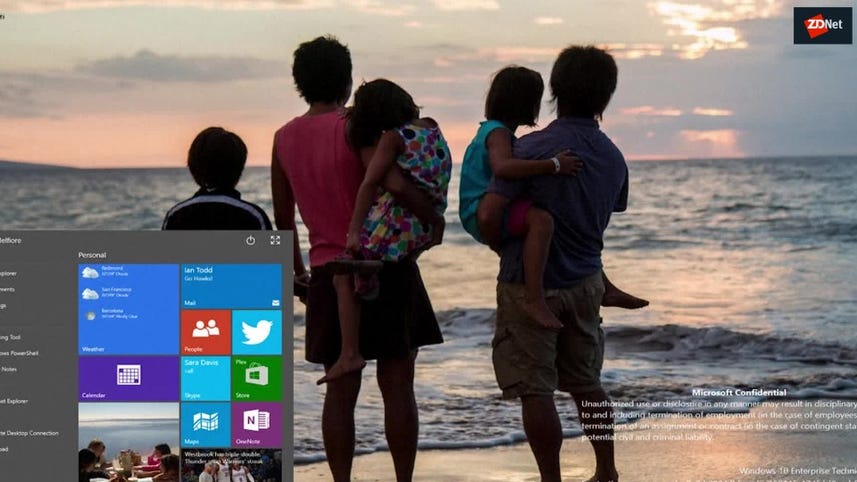 Microsoft has released a new app for wirelessly transferring videos and photos from mobile devices to the Windows 10 Microsoft Photos app.

The photo-transfer app, dubbed Photos Companion, is purely for sending photos and videos from an Android or iOS device to Microsoft's built-in Photos app on Windows 10.

The transfer service is based around QR codes and Wi-Fi and works so long as the Windows 10 PC is on the same network as the Android or iOS device you want to move photos or videos from.

The QR code is used to connect the mobile app with the Photos app on Windows 10. Users select the photos they want to transfer from the companion app and then use settings in the Photos app to begin transferring them over Wi-Fi.

While anyone can download the Photo Companion app, developers at Microsoft Garage and Photos teams built the app with classrooms that rely on Windows 10 in mind.

Last year Microsoft staff visited classrooms in the US and Europe to ask teachers to try its Windows 10 Photos app.

Microsoft found that students were great at telling stories through video, but they had difficulties transferring content from multiple smartphones to a single PC where media projects are created.

"The biggest hurdle many classrooms faced was getting the content students had captured with their phones onto their project PCs," Microsoft explains. Using and finding cables meanwhile can be time-consuming.

And while a cloud file-sharing service could do the job, in a school scenario that option might be blocked due to network constraints whereas Wi-Fi access between devices was good. So the Garage and Photos team opted for a Wi-Fi based direct transfer system.

"Our solution was to build an app that would support direct wireless transfer between any phone or mobile device and the Photos app on any Windows 10 PC. This would enable students to transfer media to their own computers or to a shared, project PC without worrying about network speeds or mobile data charges," the Microsoft Garage team explains.

Of course, as the team notes, people outside school environments may also find the direct transfer system useful, so Microsoft released it for all.

Microsoft's take on Apple's AirDrop is shaping up nicely ahead of the next major Windows 10 release.

Windows 10 is now the most widely-used version of Windows worldwide, according to analytics firm StatCounter.

How to create and manage Windows accounts for your family

How to create and manage Windows accounts for your family