Windows 10: What do CIOs really think about it?

Which operating system they are using is no longer a top priority for tech chiefs.
Written by Mark Samuels, Freelance Business Journalist on Sept. 26, 2016

Microsoft has big hopes for Windows 10 -- aiming to have one billion devices running the operating system a few years from now. But while consumers have been getting used to the new operating system for a while, businesses -- as is usually the case with major upgrades like this -- have been more cautious and are only starting to plan rollouts now.

And it seems that the big upgrades that followed previous new operating systems may now be a thing of the past: for the CIOs spoken to by ZDNet, the operating system itself is a lower priority than efforts to move applications to the cloud.

Part of that is a reflection of the role of the CIO has changed: business-focused CIOs are focused on strategy, change, and value rather than the technical details of the operating system. But it's also a reflection on the way the details of the operating system are less important to customers as applications are increasingly expected to run across multiple platforms.

Our conversations suggest CIOs are far more interested in how technology, particularly the cloud, can boost business productivity and effectiveness.

Going on-demand can unlock the benefits of mobile working

Head of ICT Neil Moore manages front-end emergency service systems and back-end IT infrastructure at Hampshire Fire and Rescue Service. He is running a technology transformation project that will help the organisation update its network and IT infrastructure, while making big strides towards the cloud.

The Fire Service consumes Office-type services from Hampshire County Council that are delivered through Citrix technology and managed centrally. Windows 7 has been introduced across this Citrix platform. However, Moore says the organisation is currently analysing its application provision. The cloud and Windows 10 is likely to be delivered through a new thin-client service.

Thin client-style provision -- with managed desktop functionality and access to services through a browser -- is likely to remain the focus of the organisation's strategy for most users. And, as the organisation increases its use of cloud-based services, it is unlikely to be wedded to a Windows 10 implementation across traditional, fat-client desktops.

"The jury's out for us when it comes to Windows 10 because we're much more committed to making use of the cloud. Mobility is huge for us -- we're not the type of organisation where the majority of our users sit at desks. We're committed to flexible ways of working and hot-desking," says Moore.

"We have a lot of users that only need a light touch in terms of Office services, such as productivity and email. We want to encourage people to be out in the community and we want to support people as they work from any location, including the home. The additional flexibility that cloud-based and browser-based services, like Office 365, give to us is a real advantage."

Omid Shiraji, interim CIO at Camden Council, says his organisation is currently trialling Windows 10. The implementation of the operating system is at pilot stage: if adopted, Windows 10 will form part of a much wider desktop refresh.

"We're looking at the next generation of computers for staff and councillors right now," says Shiraji. The council runs a BYOD policy but also offer laptops and tablets to employees as standard. Shiraji and his colleagues are investigating whether a hybrid device with a detachable keyboard provides a better solution than traditional PC. Windows 10 forms part of these investigations.

"The desktop experience is less and less relevant today," says Shiraji. "Most people who work in organisations don't care about the OS -- they're more concerned by devices and apps. But to get the best from apps on hybrid devices, you do need an up-to-date OS, like Windows 10, to support touch and pens."

Shiraji says early opinions on the operating system are mainly positive. "Yes, it's enterprise ready," he says. "The user experience is better. There's a lot of talk about the use of personal assistants, but I'm not sure Cortana is ready just yet."

Like other CIOs, Shiraji believes commensurate investment in the cloud is also crucial. "To make the most of Windows 10, you need to also invest in Office 365 and supporting Microsoft products. You really need to buy the whole application stack to gain the maximum business benefit," he says.

Moving to Office 365 provides a healthy boost in collaboration
Rob Harding, CIO at Capital One, is another IT leader who is not overly concerned by the technical details associated to individual operating systems. "For me, it's much more about the toolset -- I can't really get that excited about the operating system," he says.

Harding is, first and foremost, a business leader -- other specialists in the IT department work with the rest of the organisation to find technical solutions to business challenges. He says the firm's workforce productivity technology is driven from the central enterprise out to the individual lines of business.

"The key concern for me is whether the mix of operating systems and tools allows people to work more effectively and efficiently," says Harding. To this end, Capital One represents another example of a firm that is committing to Office 365. The bank moved to the cloud-based productivity suite at the start of 2016.

Harding says Office 365 provides a big boon in terms of collaboration. He points to OneDrive and the ability for multiple people across the business to share and update documents. He also draws attention to the video capabilities of Skype.

"I'm very impressed with that platform," he says. "As we've started to expand the footprint of the firm, it's great to have the ability to do one-to-one or group video conferencing through tools like Skype."

Some of the firm's mobile development team are based in London, while others work from the bank's Nottingham base. "The ability to just get on a video call makes a real difference to the way our teams operate," says Harding. 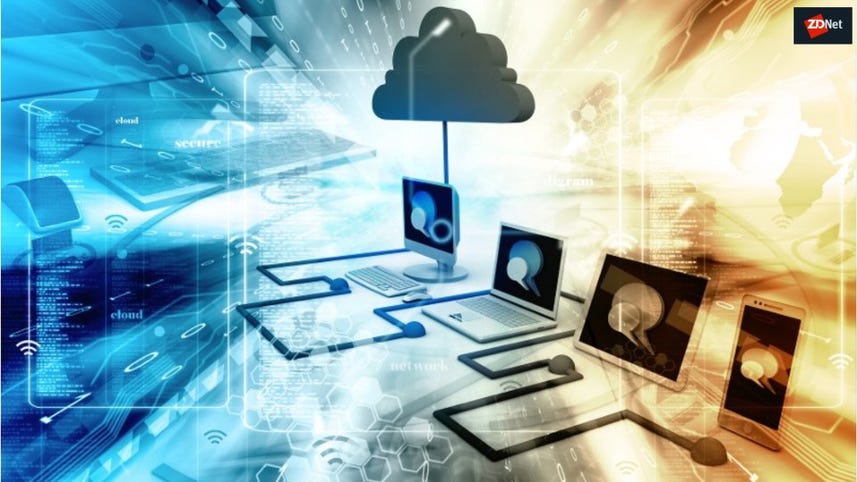