The clock is ticking on Windows 7, which means those last-minute Windows 10 upgrade projects are picking up momentum.
Written by Steve Ranger, Editorial director, ZDNet on March 17, 2019 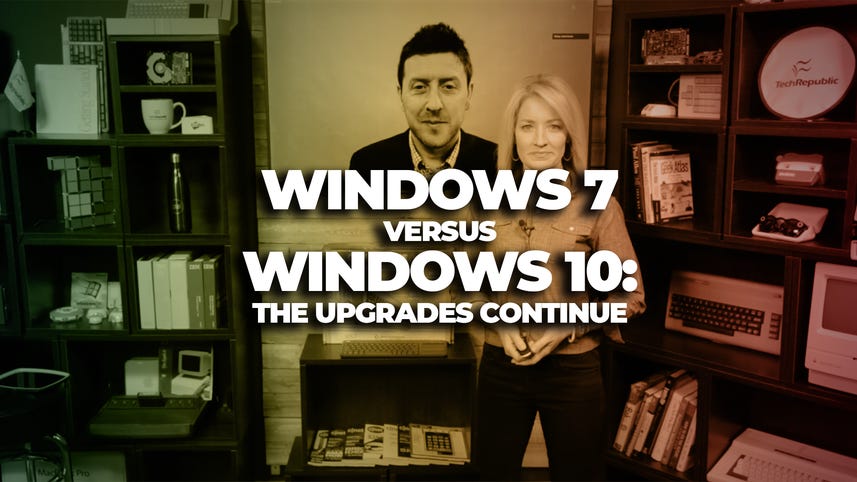 There's nothing like a looming deadline to concentrate the mind -- something that applies as much in tech as it does in journalism.

Microsoft recently revealed that Windows 10 has burst through the 800 million users mark.  And while it's dangerous to read too much into these very broad statistics, it does seem that there has been an uptick in migrations in recent months. While it took nearly nine months to go from 600 to 700 million users, it only took only five-and-a-half to get from 700 to 800 million. Sure, that's not as fast as it was in the early days (when consumers had the option to upgrade for free), but it suggests there is some additional momentum out there (see the chart below).

One obvious reason for this uptick in Windows 10 adoption is the rapidly looming demise of Windows 7, which goes out of mainstream support in less than a year.

There are still hundreds of millions of PCs out there running Windows 7, many of them in businesses where the operating system has been a reliable workhorse for nearly a decade. My colleague Ed Bott has an excellent list of your options if you're still on Windows 7.

Some will have other pressures: in UK, for example, the government has told the NHS that it must have Windows 10 upgrades complete by January 2020 or risk missing out on funding for upgrades.

And it won't just be large organisations that need to get moving. IDC recently said it expects to see a "sizable amount" of last-minute Windows 10 migration projects to be completed this year, especially among small and medium-sized businesses with an ageing installed base of PCs. (Users grumbling about losing their beloved Windows 7 may be pleased to upgrade to a shiny new laptop: desktops being replaced with notebooks is one of the few bright spots in IDC's predictions for an otherwise grim PC market.)

Microsoft will soon start nagging Windows 7 PC users to upgrade, and is also trying to make the right noises about the reliability of Windows 10 updates -- which have taken a knock recently -- in order to calm worries about the move to Windows-as-a-service. Microsoft wants everyone onto Windows 10, not only to streamline support but also to encourage the use of new technologies like HoloLens.

It wouldn't be a big surprise to see Windows 10 adoption continue at a brisk pace for the rest of this year and into early next year, as businesses race to finish those migration projects. At this rate, Microsoft might finally hit its target of one billion Windows 10 PCs -- albeit 18 months later than originally hoped.

Have you started to migrate PCs from Windows 7 to Windows 10? Do you love Windows 10 or will you stick with Windows 7 forever? Let us know in the reader comments below.